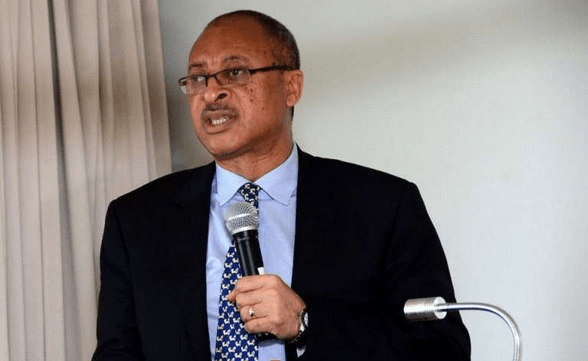 Prof. Patrick Okedinachi Utomi, a political economist and former presidential candidate, has described the calibre of people who became politicians in Nigeria as a terrible mistake for the country.

He expressed the concern while speaking on ‘Though Tribe and Tongue May Differ: Interrogating Nigeria’s Nationhood’ at the 26th Annual Pre-Ramadan Lecture organised by the University of Lagos Muslim Alumni.

According to the former presidential candidate, Nigeria is in a state of “competitive communalism”, where every leader is concerned about the development of their regions.

He warned that Nigeria could remain in a state of “permanent crisis” without good governance.

The Founder of Centre for Value in Leadership said, “In Nigeria, we don’t have a rational conversation that can help us.

“Nigeria is travelling in the wrong direction. This is really the problem. The gap between us and them is pushed in this emotional pulse.

“We seem to stumble from crisis to crisis. In Nigeria, everything you say that seems to be structured, people dismiss it. They say ‘Na grammar we go chop?’ They forgot that every action starts from a theory. But this anti-intellectual disposition, not thinking make us create mountains in a small manhole and put our country in a state of permanent crisis.

“We seem unable to have a rational conversation. Nigeria politics irritates, annoys me because it is not dealing with issues people are dealing with.

“The calibre of people who became politicians in Nigeria is a terrible mistake for our country. People have travelled from citizenship to idiocy.”