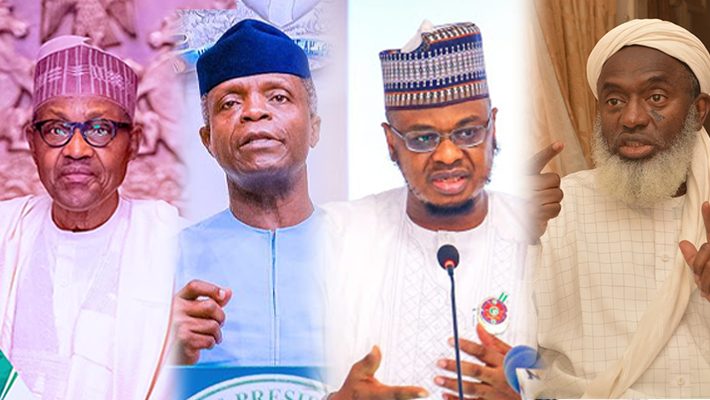 Buhari has made no secret of his respect for Isa Pantami, the communications minister who has admitted to having links to militant groups such as the Taliban, Al-Qaeda, and Boko Haram.

On Monday, the forum’s dean, Khalifa Dikwa, made the accusation on Channels TV.

He said that officials in President Muhammadu Buhari’s administration were sabotaging the country’s attempts to acquire new technology to aid in the fight against terrorism.

“The shortfall in staffing, the number of our military, police being overwhelmed; No, they can still do it if the technology is there,” Mr Dikwa said, dismissing the problem of security agency understaffing.

“Why is it that there are people inside the structure who are sabotaging the technology?” he said. Night vision, aircraft that can see at night, and other developments should be available to our military. They aren’t being distributed.

“They are sabotaging our army, military, police, DSS, and other institutions. It’s those who work with or are close to the government.”

His allegation followed series of attacks on communities, schools, security bases, and security officials across the country.

As insecurity in the northern region worsens, criminal elements including Boko Haram, ISWAP terrorists, and bandits have continued to take advantage of Mr Buhari’s lethargic disposition to the crisis.

Mr Buhari has not hidden his admiration and support for Isa Pantami, the communications minister with avowed links to terrorist organizations like the Taliban, Al-Qaeda, and Boko Haram.

On Monday, Peoples Gazette reported how Boko Haram terrorists breached a crucial military base in Borno, killing a commander and at least thirty soldiers.

Information shared to journalists by military sources said the insurgents disguised as friendly troops to enter the fortified headquarters of the powerful 156 Task Force Battalion in Mainok.

Military sources said the timing of the attack raised suspicions that internal military activities, especially communication signals, might have been leaked to the insurgents.

Also, in the South-East, attacks on police facilities had become a worrisome reoccurring event raising questions on the capacity of the security agency to protect lives and properties adequately.