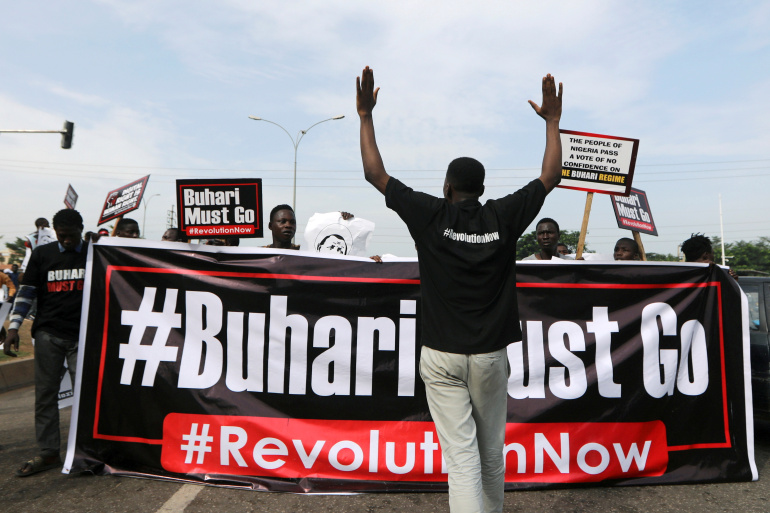 According to reports, the protesters made bonfires on the ever-busy road, making it difficult for civil servants living in Lugbe, Kuje, and other areas along the Airport to access their places of work in the heart of the city.

The protesters who stormed the area at about 5:30am, displayed banners with the inscription, #BuhariMustGo.

The tweet reads, “#BuhariMustGo protesters blocked the road to international airport in Abuja as early as 5:30am Monday morning in Abuja #RevolutionNow “.

Reactions by the police could not immediately be obtained by local reporters.

President Muhammadu Buhari has fallen out of favour with Nigerians. Under his watch, the economy has suffered a steep downturn, insecurity has spiralled out of control coupled with rising inflation and a sharp increase in the number of people living in poverty.

Critics have accused him of dementia, incompetence, and dictatorship. The height of it was when the presidency recently banned Twitter in Nigeria, going against the country’s constitution which grants freedom of expression to lawful citizens.