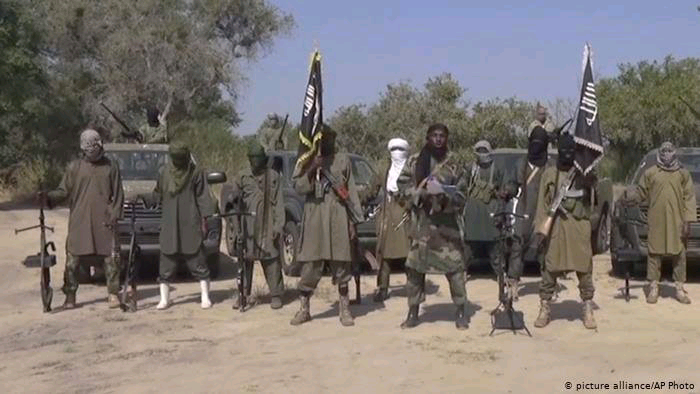 An unspecified number of Boko Haram Insurgents attacked a community in Adamawa state on friday, kidnapping some women in the community.

The Jihadists also killed five people, destroyed houses and other properties making away with residents’ belongings, a source said

There were reports that Kwapre, a village in Hong Local Government Area of the state, situated at the boundary between the state and Borno close to the Sambisa Forest, was attacked on Friday evening.

Confirming the incident, the Executive Secretary of ADSEMA, Dr Mohammed Sulaiman, said the attack on the village affected neighbouring communities where most of the displaced persons had taken up temporary residence.

According to him, the insurgents stormed Kwapre in nine vehicles, surrounded the village and killed seven people.

“During the attack, 50 houses, worship centres, markets and schools were burnt. Many people, including women, girls and men, were kidnapped by the attackers,” he said.

However, he said about eight persons among the kidnapped victims had escaped.

In his remarks, Chairman of Hong LGA, James Pukuma, said regular and local security personnel had been deployed to guard the community.