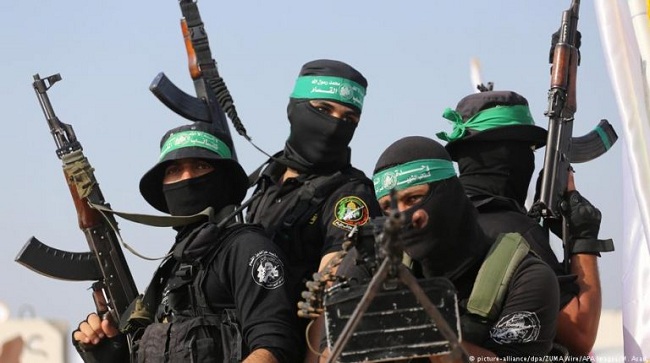 Armed Islamic jihadists have taken over 100 people hostage in the Kukawa community of northeastern Nigeria after they had recently returned home from refugee camps. The local government officials had earlier claimed the town was safe, hence, their return.

Reports says the militants of the Islamic State West Africa Province (ISWAP), an offshoot of Boko Haram, are responsible for the kidnapping.

More than 20 trucks of militants reportedly stormed into Kukawa town, in Borno state, on Tuesday night. The jihadists captured hundreds of fleeing residents and attacked a nearby military base protecting the town.

About 1,200 residents had only recently returned to Kukawa, escorted by the military in early August, from refugee camps 180km (120 miles) south in the state capital, Maiduguri, a local chief who escaped the attack, told AFP.

The victims had returned, hopeful of restarting their lives and cultivating their farmlands, “only to end up in the hands of the insurgents”, he said.

“We don’t know what they would do to them but I hope they don’t harm them,” said the chief, who spoke on condition of anonymity.

Islamic terrorism in northern Nigeria has blighted the peace and progress of the region, and has consequentially affected southern Nigeria. Despite the humongous budget apportioned to combating the insurgents, security forces have reportedly been hampered by lack of sophisticated weaponry and low morale. Meanwhile the heavily armed criminal jihadist groups have gradually regained a foothold in the region.

Will African men be able to arrest the situation ontime before Nigeria collapses?