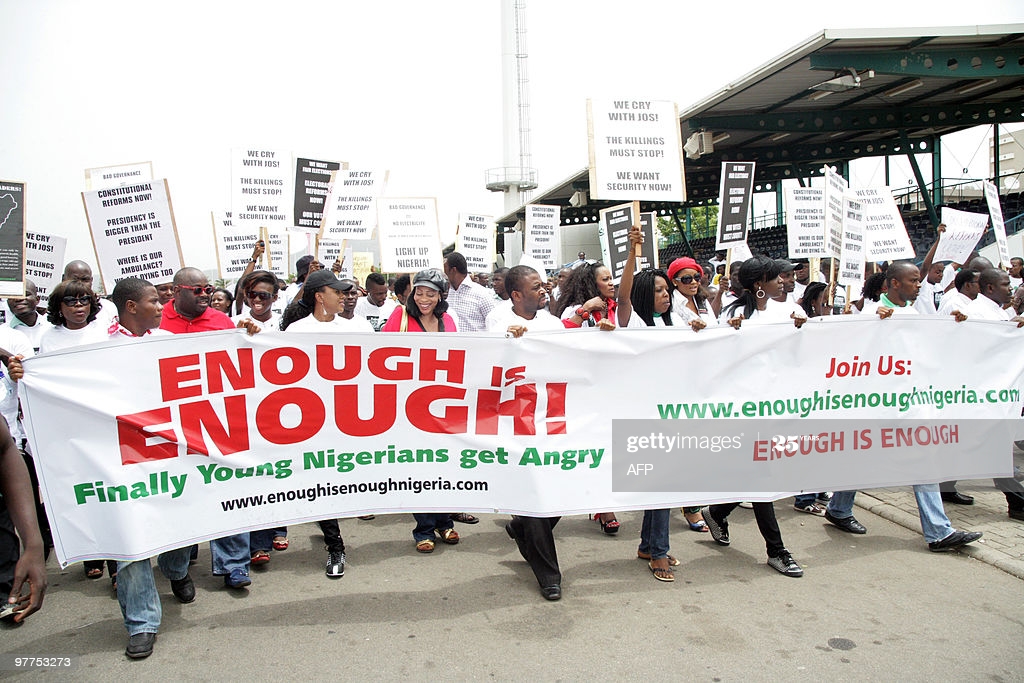 In the spirit of the #EndSARS and #EndBadGovernanceInNigeria protest, Nigerian youths in the Federal Capital Territory (FCT), Abuja, took the protest to Aso Rock. The youths blamed President Buhari and the politicians for the poverty and underdevelopment of the nation despite being one of the world’s top producers of crude oil. They called Buhari a criminal.

The youths’ spokesperson said that the politicians did not have the best interest of Nigerians at heart, but rather were more interested in lining their pockets with loots, and feeding the masses with fake promises.

The youths – angry, impassioned, and tired – exposed the damning truth that the current administration has done close to nothing to better the lot of the citizens. They demanded to see Buhari so he could explain himself and what he has done with the vast resources of the country since he came into power.

Watch the video below: