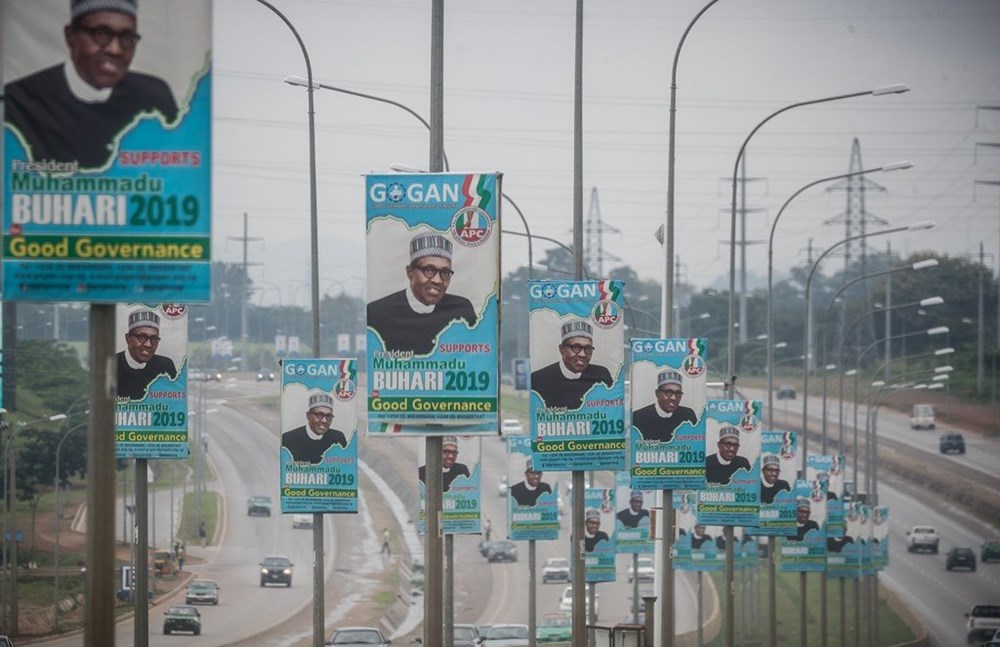 In the consciousness of the Western World the Black man is last in importance and equaled to a Sokoto Monkey or a Fulani Baboon born and bred in Maiduguri. Black folks belonging to such category of Africans are antithetical to the potential of the Black race and are “unwilling” to crawl out of the Neanderthal age it once found itself along with the White, Brown, Yellow and Red shades of humanity. He thinks not of the necessity to refine his coal face, to employ his idle brain to think farther and smarter, to let go of that cave fire torch and seek a modern means of illuminating its ancient darkness as old as existence.

Truly, it is the mediocrity of a privileged minority in Africa along with the colonial powers that subjects the entire Black continent to an overpowering contempt, a crushing disdain that brings the universal image of the Black skin to an intense verbal scourge on world’s stage. His bloodline is worth the soul of an Ape. And he must accept that his inclusion in the committee of the civilized is not an entitlement but simply a mere privilege. He is reminded that his history began with the chains of slavery and he is almost an animal by all standard of a modern human being. He has to remain kneeling to the white man and must depend on his brain’s creative leanings to enjoy the conditions that would make his life worth living. But this tradition has changed overtime into a case that triples the Black man’s sad state and there seem to be a racial gang-up to drive his head deep into the mud of humiliation, to corner him at a suffocating angle that brings all his ancient hideousness, all his primitiveness to the fore.

These days, the white man isn’t the only figure playing the game of supremacy. The Chinese, the Indians and others have joined the party. They have espoused the tradition of ridiculing the black man, colonizing his tent and making him a pathetic spectacle on world’s stage. And the question is; where is the shame of the black man?

Take for instance, Nigeria which has the largest concentration of Black people have no qualms in getting near the colonial furnace twice and animalized to the beck and call of their Masters in Europe and Asia. In the middle of the rape, they, the so-called Nigerians are forced to escape the pounding thrust and scatter themselves into alien territories for a long, almost eternal voluntary enslavement. Little wonder the solid ground of the Mediterranean Sea boasts of an expansive shelf of black skeletons about as many as the fishes it inhabits. This is chiefly because the mere attempts of securing visas from foreign embassies is a walk as difficult as zebra crossing the eye of a needle. It is that desperation to escape the brunt of the cage and the confinement to a world that has sworn never to fast-forward its sluggish footfalls to the terminal point of modern civilization.

Before we blame the Europeans, the Chinese, the Indians and others for exploiting the Black continent, it is fair to question the competence of the custodians of the mighty cage, the butthole we have come to know as Africa. And to do so, we must begin with the self-acclaimed giant of Africa.

The primitive tendency as demonstrated by a Fulani cow herder who functions as the Alpha in Aso Rock should be the basis upon which the symbolic race that represents the Black continent is deemed a great primate not dissimilar to a Kano Gorilla. Amidst the mineral abundance and the fantastic brains under which it can explore the potential of the Black race, there exists a tremendous absence of “leadership heads” built up with the slabs of intelligence.

For a primitive country like Nigeria led by belligerent cow herders with immense backward reasoning and whose intellectual quotients are sunk on the same level with the proverbial Ape clutching on a cudgel, is typical of all the bestial atrocities associated with Africa. My allegorical interpretation of Nigeria is simply one that animates a great epidemic disease, dangerously infectious and deserves to be expunged from the map of the world. It is a contraption fortified by an Iron Will to degenerate into the depth of primordial darkness. And in all honesty, Africa as a continent can “never” jolt towards a positive light until “Nigeria” is sucked out by means of dissolution. This brings us to the hypocrisy that creeps through the corridors of politics.

The truth is, those of us in Black skin are handicapped by the World for being racially linked to Africa and are forced to bend, to keep our heads bowed, to pace slower and settle for the bottom of the hierarchy. We are made to feel exceptionally low of ourselves, to never demand an equal stake and struggle for our rights and walk along its stony grounds in a kneeling position. If there is one thing the Biafran struggle has done, it has shattered the general belief of the equality of mankind. It simply does not exist. In fact, it is a myth. And I humbly choose to disagree with some African thinkers who are strongly convinced that the black man is the root cause of his problems. This is not true.

When the United Nations, an intergovernmental body that claims to serve all of humanity, refuses to respond to the calls for self-determination of the Biafran people, to have dared not to even whisper in the mainstream media the need to conduct an independence referendum in an unworkable Nigerian Union, to replicate what transpired between Britain and the European Union then, they are simply saying that 400 years of black slavery and exploitation of Africa is not enough.

There is so much to protest about, so much to contend regarding the equality of humanity. But I shall give this piece prematurely by saying; to give the coal face the dignity it is starved of, Africa must be decolonized. And it starts with artificial countries like Nigeria which are fairly the entrepreneurial projects of colonial powers like Britain. They cannot be classified as a body of nations “united by common descent, history and culture.” They are simply enclaves carved out of the selfish visions of colonial exploitation. The world cannot mock Africa with one breath and then in another breath urge it to rise from the ashes of colonial gang-rape. Worse is when such demand is accompanied with a conspiratorial restriction on Africa’s advancement.