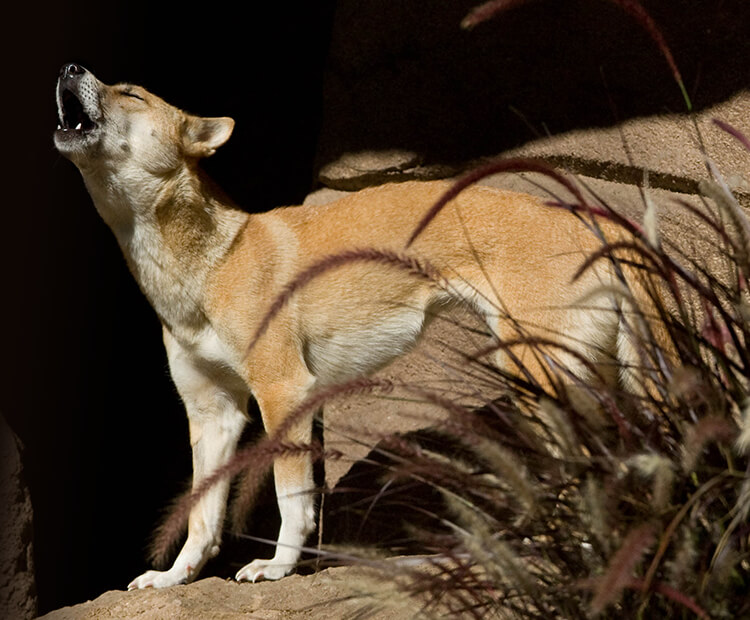 New Guinea singing dogs (NGSD) are distinctive among the Canidae because of their unique and characteristic vocalization, isolated habitat, and status as a rare representative of wild dogs. Their scarcity, combined with the knowledge that none have been captured or exported since the late 1970s, supports the hypothesis that NGSD are extinct in the wild.

Between 200 and 300 New Guinea singing dogs were snatched from their natural habitats and are currently living in zoos and sanctuaries around the world. Although there hasn’t been a confirmed sighting in the wild since the 1970s, locals have claimed for years that they’ve occasionally heard the dogs’ wailing.

For the first time in more than half a century, researchers have confirmed the presence of New Guinea Highland Wild Dogs (HWD) living at high altitude locations on the island of New Guinea.  The HWD, similar to the New Guinea Singing Dog (NGSD), is the rarest, most ancient canid currently living.

Researchers found at least 15 New Guinea highland wild dogs in 2016. The dogs are often golden in colour and carry their tails high. They are related to the Australian dingoes and New Guinea singing dogs.

“The 2016 expedition was able to locate, observe and gather documentation and biological samples, and confirm through DNA testing that, at least, some specimens still exist and thrive in the highlands of New Guinea,” New Guinea Highland Wild Dog Foundation said.

The dogs included male, female and pups. Scientists believe they may hold insights into canid evolution.