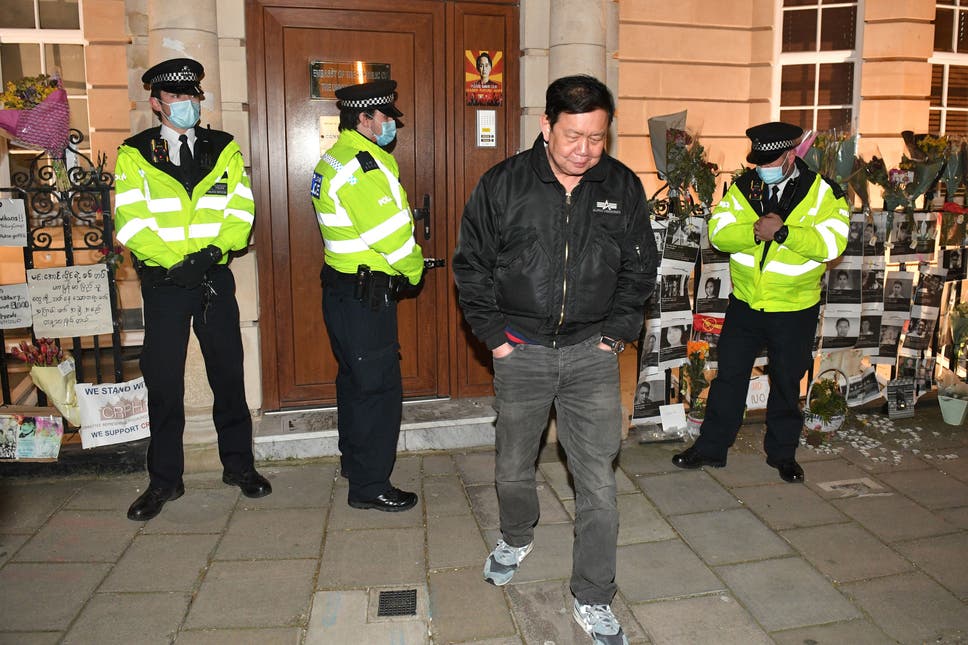 Myanmar Ambassador To UK ‘Locked Out’ Of London Embassy

Myanmar’s ambassador to England recounted to Reuters how he was locked out of the embassy on Wednesday, but sources said his deputy had shut him out of the building and taken charge on behalf of the military.

The move is seen as punishment on Ambassador Kyaw Zwar Minn, who had broken ranks with the ruling junta by calling for the release of detained civilian leader Aung San Suu Kyi.

The military seized power in Myanmar in a coup in February and has since cracked down on pro-democracy protesters.

In London, protesters gathered outside the building in the Mayfair neighbourhood with the ambassador, Kyaw Zwar Minn, as reports emerged he had been locked out.

When asked who was inside, he replied: “Defence attache, they occupy my embassy.”

The ambassador told the AFP news agency that he would stay outside the embassy “all night”, explaining “this is my building”.

Four diplomatic sources with knowledge of the matter said that deputy ambassador Chit Win has taken over as charge d’affairs and he and the military attaché had locked the ambassador out of the building.

Kyaw Zwar Minn spoke next to the embassy, where police were standing guard. He spoke to protesters on the street outside.

Last month, he had called for the release of Suu Kyi, and ousted President Win Myint, drawing praise for his “courage” from British foreign minister Dominic Raab.

Britain has sanctioned members of Myanmar’s military and some of its business interests in wake of the coup and has demanded the restoration of democracy.

“Diplomacy is the only response and answer to the current impasse,” Kyaw Zwar Minn said at the time.

Protests against the military junta has so far claimed the lives of more than 600 people since February 1, according to independent media Myanmar Now.