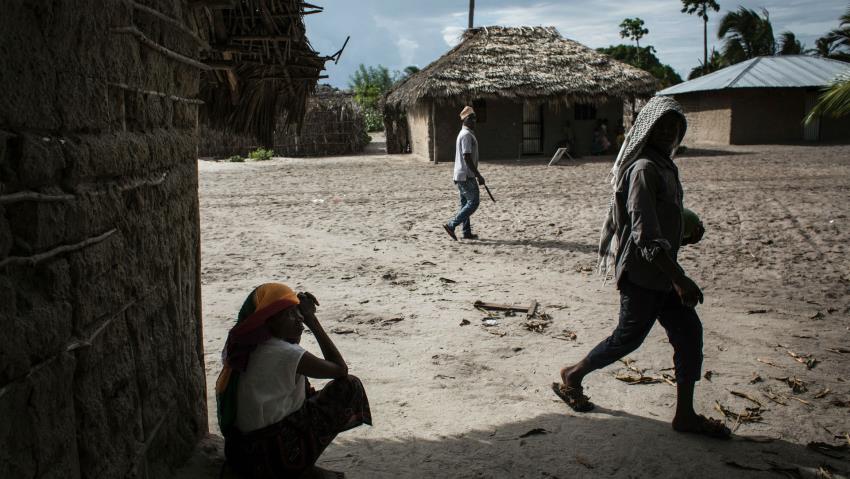 Coordinated jihadist attacks in Mozambique’s region of Palma has left dozens dead, the government said on Sunday, four days after the raid was launched and forced the evacuation of thousands of survivors to safety in the provincial capital Pemba.

Reports say seven people were killed in an ambush during an operation to evacuate them from a hotel where they had sought refuge.

“Last Wednesday, a group of terrorists sneaked into… Palma and launched actions that resulted in the cowardly murder of dozens of defenseless people,” defense ministry spokesman Omar Saranga told a news conference.

Foreigners were among those caught in the violence, but the government did not say how many foreign nationals were killed.

Witnesses reported seeing bodies in the streets after the insurgents, believed to be affiliated with the terrorist Islamic State, attacked Palma from three directions, Human Rights Watch said on Saturday.

The town is close to a large liquefied natural gas project run by the French company Total. The attack came hours after the Mozambican government and Total announced a resumption of operations at the vast Afungi project north of Palma, where work had been suspended since January after a series of insurgent attacks, CNN reports.

So far one South African is known to have died during the attack, his family confirmed to AFP.

A foreigner Adrian Nel had been holed up in the Amarula hotel with his father and brother for two days, his mother said. As they were making their way to a convoy of cars that had come to evacuate them, Nel was shot dead, she said. His father had to carry his body until they were rescued.

“There’s no way to possibly describe what you feel when you get news like that,” Meryl Knox told AFP. “It’s just devastating, body numbing, mind numbing.”

In another video obtained by a CNN, a Mozambican who was also trapped in the hotel described the situation as “critical,” saying “we don’t have food, we only have water.”

In one of the viral videos recorded Thursday, a Mozambican trapped in the hotel, said: “We have been under attack since yesterday … We’ve been under cross-fire for 24 hours.

“The helicopters are circling the area of the Amarula Hotel to be sure that the roads are free to get to the beach but as you can hear, we don’t know if this will be possible. The situation is critical. We don’t have food. We only have water.”

Martin Ewi, a senior researcher with the Pretoria-based think-tank, the Institute for Security Studies, said that “over 100” people were still unaccounted for since the attack. “That’s what we know so far,” he said, but added that the situation on the ground was confusing.

An unknown number of Islamist militants on Wednesday, began attacking Palma, a town of around 75,000 people in the province of Cabo Delgado that is home to a multi-billion-dollar gas project being built by France’s Total and other energy companies.

Human Rights Watch said the militants indiscriminately shot civilians in their homes and on the streets.

In the last three days, government security forces had prioritized “the rescue of hundreds of citizens, nationals, and foreigners”, said Saranga, without giving a breakdown of the numbers.

Some were temporarily taken to the heavily guarded gas plant located on the Afungi peninsula, on the Indian Ocean coast south of the Tanzanian border, before being moved to Pemba, around 250 kilometers (150 miles) south of Palma.

A boat laden with evacuees landed in Pemba on Sunday, according to police patrolling the city port. According to a source close to the rescue operation, there were “about 1,400” people on board. Those evacuated included non-essential staff of Total and Palma residents who had sought refuge at the gas plant.

The violence and origin

According to multiple reports, at least one convoy was attacked as it tried to reach Pemba to the south. The Portuguese news agency LUSA reported that seven people were killed, without providing further details.

One company operating in the area, African Century Real Estate, said it had managed to evacuate 19 workers and four guests from a property southwest of Palma on Saturday morning “under heavy fire.” The company said it was continuing efforts to “locate the remaining members of our team.”

“The village of Palma remains without communications since the beginning of the attacks, so it is premature to make a real assessment of the situation,” the company said.

The Portuguese Foreign Ministry confirmed that one of its nationals was injured in a rescue operation from the region, the Portuguese news agency LUSA reported on Saturday.

Since October 2017, extremist fighters have raided villages and towns in the region, forcing nearly 700,000 to flee their homes, according to reports.

Although they launched their campaign in 2017, experts say they had begun mobilizing a decade earlier as disgruntled youths starting to practice a different type of Islam, drinking alcohol and entering mosques dressed in shorts and shoes.

The violence has now taken root and claimed at least 2,600 people lives, half of them civilians, according to the US-based data-collecting agency Armed Conflict Location and Event Data (ACLED).

Local media reports said British workers may have been caught up in the Palma attack, and Britain’s Foreign, Commonwealth and Development Office said its embassy in Maputo was in “direct contact with authorities in Cabo Delgado to urgently seek further information on these reports.”

“The UK wholeheartedly condemns the appalling violence in Cabo Delgado. It must stop,” minister for Africa James Duddridge tweeted.

The United States troops have said they would spend two months training Mozambican soldiers to fight the insurgency.

Meanwhile, reports say Total have paused their oil and gas operations in the Cabo Delgado region following the latest attacks.