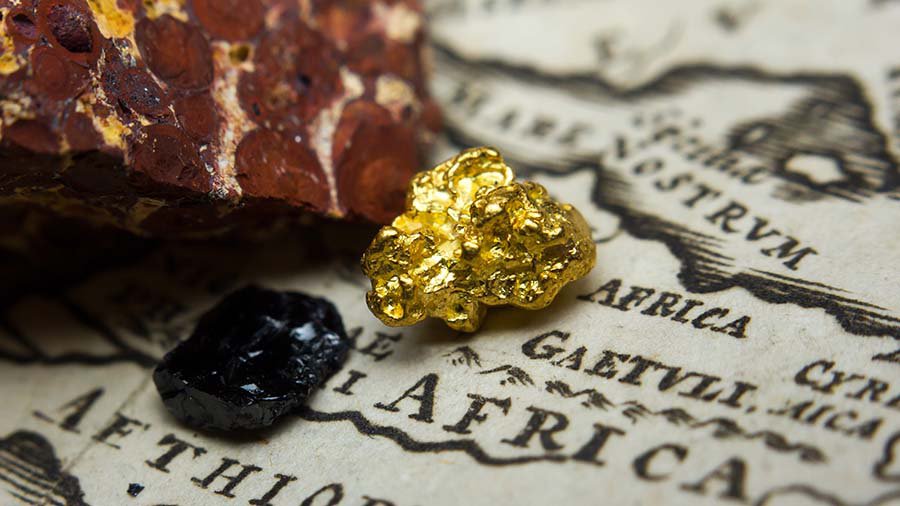 More Than $4bn A Year In High-risk Gold Flows From DRC, Uganda, Rwanda, CAR And Others

The US and the EU must work with African governments to harmonize gold export taxes to reduce smuggling and promote conflict-free gold, says the investigative and policy group The Sentry.

Uganda, Rwanda, the Democratic Republic of Congo (DRC), the Central African Republic (CAR) and Cameroon are the states that most urgently need to tackle the issue, says The Sentry’s report published in February. Uganda and Cameroon have substantially lower gold taxes than exist in the DRC or the CAR, which makes it much more profitable to smuggle gold to those countries, the report finds.

The report estimates that $4 billion in high-risk gold from central and east Africa flows to international markets every year, including to the US, India, the Middle East, Europe and China. The trade in conflict gold will never be eliminated, but better due diligence by governments and the private sector can reduce it significantly while promoting the responsible artisanal gold trade, The Sentry argues.

Researchers led by Nicolas Berman have shown that mining of conflict minerals increases the chances of violence starting,and then spreads and perpetuates the violence by strengthening the financial capacities of those doing the fighting.

In November, the London Bullion Market Association (LBMA) published recommendations for bullion centres such as Dubai with three main aims: the responsible sourcing of recycled gold, eliminating cash transactions and support for artisanal and small-scale mining. The LBMA says it will only permit its Good Delivery List (GDL) refiners to source material from bullion centres which meet OECD standards.

The LMBA initiative provides “useful leverage” in getting bullion centre to comply, The Sentry says. But much remains to be done.

The report points to a severe lack of financing for conflict-free artisanal mining in east and central Africa, leaving the door open to illegitimate sources of funding.

The lack of real consequences for taking part allows smuggling to continue. Refiners and traders who deal in conflict gold have faced few, if any, consequences for contributing to armed conflict, the report says.

Wide differentials in African gold tax regimes are a standing invitation to smugglers.