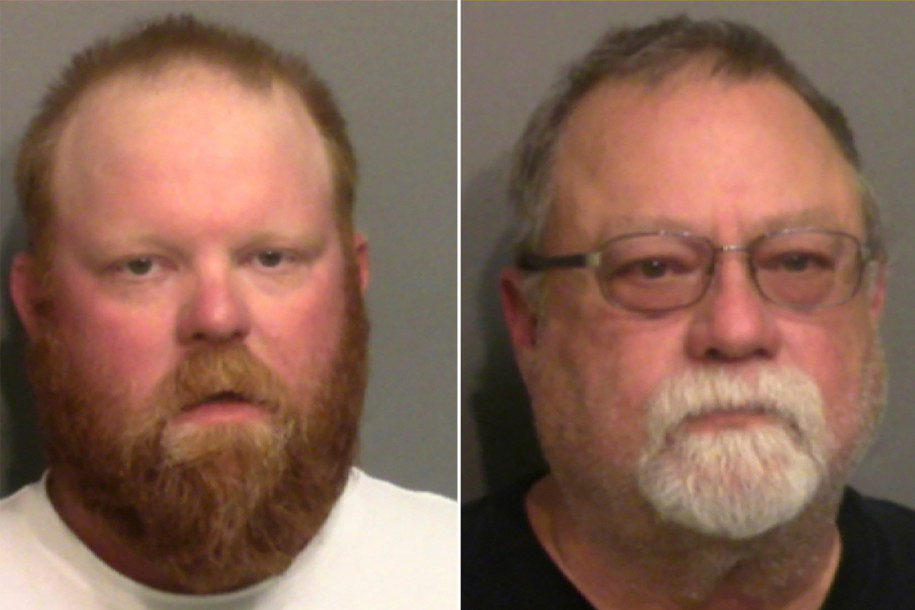 The moment police officers stormed the home of Gregory McMichael and his son Travis McMichael of Georgia and arrested them for shooting dead an unarmed black jogger Ahmaud Arbery has been revealed.

According to First Coast News, the video and photographs show the pair being handcuffed Thursday night by officers from the Georgia Bureau of Investigation.

The two men were both charged with murder and aggravated assault in Arbery’s killing.

Gregory, 64, and Travis, 34, both armed, approached Arbery on Feb. 23 on a street in Brunswick, Georgia, before the younger McMichael fatally shot the jogger, according to the GBI.

The case sparked national attention this week when video of the confrontation emerged on Tuesday.

The 28-second clip shows the father and son approach Arbery in their pickup truck before the shooting.

The arrests come after S. Lee Merritt, a lawyer for Arbery’s family, earlier Thursday called the shooting death a “modern lynching,” and said the family is demanding justice.

The McMichaels told police they confronted Arbery because they believed he was a burglar who had been frequenting the neighborhood.