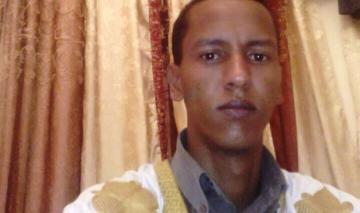 Reporters Without Borders (RSF) condemns a Mauritanian reporter’s arrest for 48 hours over nothing more than a Facebook post questioning government spending. The authorities must safeguard press freedom in Mauritania, RSF said.

Abdellahi Mohamed Ould Atigha, the editor of the independent newspaper Al Hoora, was suddenly arrested – without any warning or prior summons – on 24 April by police who went to his home in Boutilimit, a town 165 km southeast of the capital Nouakchott.

It was only on arriving at the town’s police station that he was told he had been arrested because of a complaint by social affairs minister Naha Mint Haroun Cheikh Sidiya over a Facebook post in which he questioned what had happened to money earmarked for disadvantaged sectors of the population.

Ould Atigha was released 48 hours later after the minister’s father withdrew the complaint. When reached by RSF, the journalist deplored the “lack of transparency on the part of the authorities” and said there was “no justification” for his arrest.

“Arresting a journalist for an ordinary Facebook post that just asked questions is totally disproportionate,” RSF said. “This speaks both to a dangerous level of scrutiny of social media by the authorities, and to a manifest desire to suppress dissent. We urge the government safeguard the accessibility and transparency of information in Mauritania and to desist from arbitrary arrests of journalists, who must be able to work with complete freedom.”

This is not the first time that journalists have been arrested in Mauritania for questioning what happens to government money. Two bloggers, Abderrahmane Weddady and Cheikh Ould Jiddou, spent more than two months in prison in 2019 for reporting comments being made by bloggers and media outlets in the Middle East about the freezing of a two-billion dollar account in the United Emirates that was allegedly opened by persons close to Mauritanian President Mohamed Ould Abdel Aziz.

Mauritania has fallen 46 places in RSF’s World Press Freedom Index since 2016 and is now ranked 94th out of 180 countries.