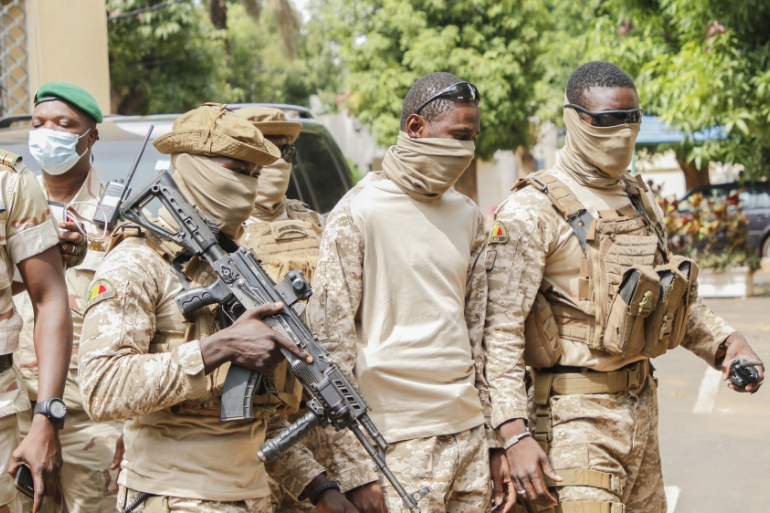 Malian soldiers have detained President Bah Ndaw, Prime Minister Moctar Ouane, and Defense Minister Souleymane Doucoure at a military base in Kati outside the capital, Bamako, hours after two members of the military lost their positions in a government reshuffle, said sources and reported by The New York Times.

Sources said the leaders of the interim government had moved against the military’s control over a number of key areas, especially concerning the cabinet reshuffle and sacking of key military pillars that helped in the ouster of ex-president Ibrahim Boubabcar Keita last August.

“The sacking of the pillars of the coup was an enormous misjudgment,” a senior former Malian government official told Reuters. “The actions are probably aimed at getting them back in their jobs.”

It is not clear exactly what the military hopes to achieve by this move.

However, one military official in Kati said this was not an arrest. “What they have done is not good,” the source said, referring to the cabinet reshuffle. “We are letting them know, decisions will be made.”

Kati military base is a notorious site for ending the rule of Malian leaders. The military took President Keita to Kati last August where he was forced to resign. A mutiny there helped topple his predecessor,  Amadou Toumani Toure, in 2012.

Mr. Ndaw and Mr. Ouane had been assigned to oversee an 18-month transition back to civilian rule after the August takeover

Observers say the detention of the president and top officials could worsen instability in the impoverished West African country.