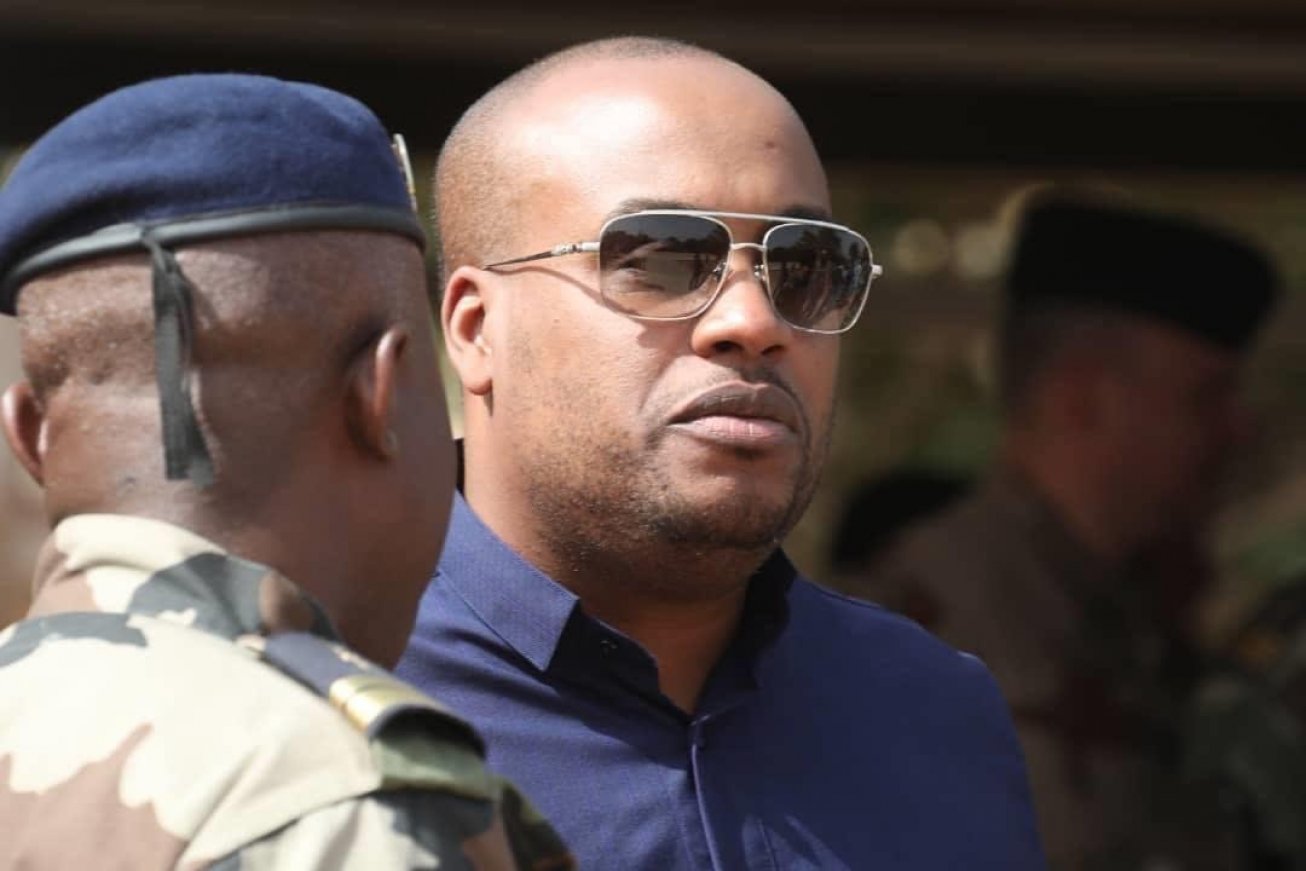 Mali: Ousted President’s Son Could Have Answers On Disappearance Of Journalist Birama Touré

A judge in Mali believes the son of Mali’s ousted President Ibrahim Boubacar Keïta may know what happened to investigative journalist Birama Touré, who went missing in 2016.

This statement was originally published on rsf.org on 7 July 2021.

An investigation by Reporters Without Borders (RSF) into Malian journalist Birama Touré’s disappearance in 2016 points to the involvement of Karim Keïta, the son of former President Ibrahim Boubacar Keïta, who was ousted in a coup a year ago. Interpol wants to talk to him.

A reporter for the Malian investigative newspaper Le Sphinx, Touré went missing on the evening of 29 January 2016 and, according to the information obtained by RSF, is probably dead. Will we ever know what happened to him? Karim Keïta may have some of the answers to this enigma. An investigating judge in Bamako’s Commune IV district is convinced that he has, and has requested Interpol’s assistance, according to AFP. RSF is of the same view.

“Birama was killed, I saw him lying on the ground”

What happened? Shortly before he disappeared, Touré had begun investigating Karim Keïta’s relationship with the wife of one of Keïta’s friends. Touré’s boss, Le Sphinx editor Adama Dramé, who worked with Touré for nearly 20 years, is convinced that this investigation was the reason for his disappearance. According to his information, Cheikh Oumar N’Diaye, an army lieutenant-colonel, security advisor to the president and head of the research division at the “state security,” Mali’s main intelligence agency, and who was an associate of Keïta’s, told his men to deal with the Touré problem.

In a statement provided exclusively to RSF and not previously published, a person who was held in a secret state security prison said Touré was held in the same secret prison for several months. According to this source, who RSF is not identifying for his own security, Touré was held for part of the time in the “cold room,” a cell where detainees were regularly tortured. After months of this ordeal, “Birama was killed and I saw him lying on the ground,” the source said. He said he personally witnessed Birana’s murder in December 2016, that he was executed by means of “three gunshots” and Lt. Col. N’Diaye was there when it happened.

Very disturbing information has also been provided by the former head of the judicial investigation brigade’s cyber-crime section, Police Inspector Papa Mambi Keïta (no relation of the former president or his son). This police inspector, who fell out of favour with the former regime after ordering the arrest of one of Karim Keïta’s thugs, told RSF that Touré’s body was “thrown into a well.” He said he got this information from a source within state security, who told him that Touré “did not survive the torture that was inflicted on him.”

The Malian newspaper Le Pays reported in October 2017 that it had been told by sources that state security had held Touré “on Karim Keïta’s orders.” The newspaper’s editor was subsequently questioned by the judicial authorities but Karim Keïta was not questioned.

While these accounts diverge slightly, Karim Keïta’s name crops up in all of them. And the attempts to create an alternative version have fallen far short of being convincing. A message with this aim was posted on Facebook on 29 January 2018, the second anniversary of Touré’s disappearance, on a page entitled “Support for Karim Keïta Katio” dedicated to praising the then president’s son. The message claimed that Touré was “up to his ears in debt” and had fled to Dakar, where he was staying with his uncle and was in good health. There was never a shed of serious evidence to support this claim.

“If we want to know what happened to this journalist, who was reported missing and who is reported by some sources to be dead, it is essential that Karim Keïta should say what he knows, given his links with the case,” said Arnaud Froger, the head of RSF’s Africa desk. “The journalist’s family and friends have been waiting in vain to know the truth for more than five years. It is time for the judicial system to shed light on what happened to this reporter.”

When reached by RSF, Karim Keïta’s lawyer denied the existence of an international warrant for his client’s arrest, saying that he was simply the subject of a “request for information to be questioned by Interpol in Abidjan,” in Côte d’Ivoire, where he has been living ever since his father’s ouster in a military coup in August 2020. The lawyer also insisted that Karim Keïta “never had any dealings with Birama Touré” and did not know him.

No serious investigation was ever carried out to establish what really happened to Touré. In the days following his disappearance, his relatives visited hospitals and morgues in the Malian capital without success. A preliminary investigation was opened after the family reported him missing. But the police and judicial authorities closed the case just weeks later, on 25 April 2016, concluding that Touré “disappeared of his own volition in order to flee the social and financial burdens associated with his future marriage.”

This hypothesis does not hold water, according to RSF, which met with two members of Touré’s family in Bamako. They said the marriage preparations were going well, that he went to the city hall on the day of his disappearance to register the upcoming marriage, and that he had received promises of assistance with preparing the event, which was to have taken place a few days later. After taking leave of his family, with whom he spent the afternoon of 29 January 2016, he set off by motorcycle at around 7:30 pm for his home, to which he never arrived. However, he was not carrying any personal effects with him, indicating that he was not planning to “disappear of his own volition.”

The preliminary investigation file, which RSF has seen, contains many grey areas. The mobile phone records do not show any calls to his phone on the day of his disappearance or the next day, although his family and friends tried to call him many times. The video surveillance cameras on the route that he took were never checked. One of his colleagues, whom RSF met in Mali and who was one of the last persons to see him, said Touré was accompanied by a man who looked threatening. However, this colleague was never questioned.

Mali is a dangerous country for journalists. Two Radio France Internationale journalists, Ghislaine Dupont and Claude Verlon, were murdered there in 2013. An armed group has been holding the French journalist Olivier Dubois hostage since 8 April.