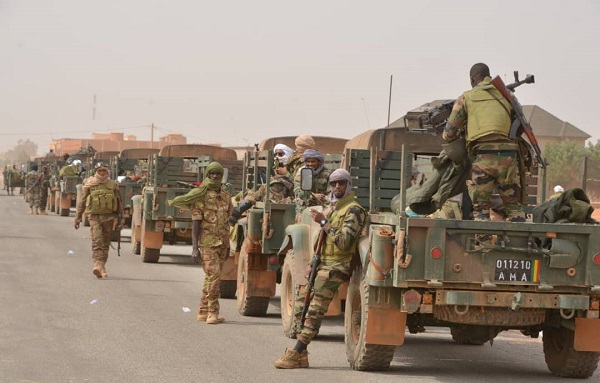 At least six terrorists were killed in a military offensive in the central part of Mali, the Malian army said Sunday.

The incident occurred when a unit of the armed forces was engaged in an offensive in the Mafune sector, according to a statement.

The operation left three Malian soldiers injured, one of them critically.

The presence of French and UN peacekeeping forces in Mali has done little to nothing to stop armed jihadist operation in the West African country.

Since 2012, militants have carried out violent attacks in northern and central Mali, killing thousands of soldiers and civilians.

In 2015, a peace deal was signed between the government and some insurgent groups.

But this peace agreement has been ineffective, as community disputes and jihadist operations remain active in the region, leading to wanton killings and massive displacements.