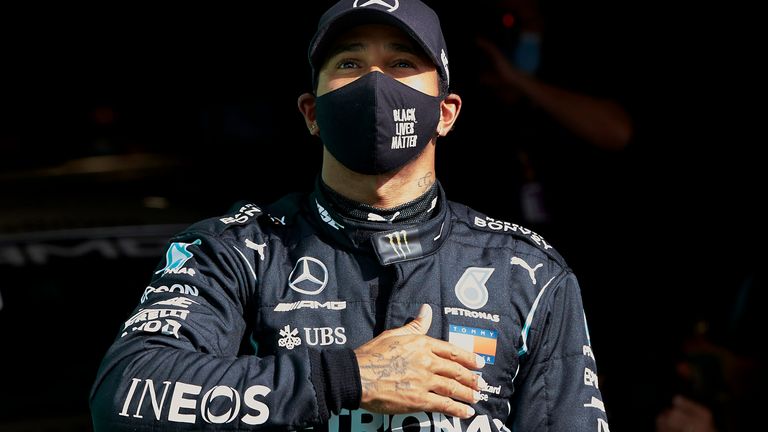 Lewis Hamilton has downplayed the possibility of ever porting to Ferrari as he signs a new contract with Mercedes. The seven-time world champion said it was never a realistic option after holding talks with the Italian manufacturer.

According to reports, as his contract was on the verge of expiring late last year, Hamilton held talks with the team over a possible switch from Mercedes late last year.

Lewis Hamilton had in the past gushed about driving for Ferrari, calling it “a lifelong ambition.” However, the British world-beater has, instead, preferred to pen down a new lucrative deal with Mercedes.

Speaking ahead of Sunday’s Bahrain Grand Prix, he said: “I was never close at all to ever leaving my team. I think it’s only right that as drivers and as people when you’re looking at your next phases and committing to periods of time in your life, you have to analyse what your options are, and make sure you have done your due diligence and have the pros and cons.

“I don’t necessarily know that our values are aligned and timing wise, it just wasn’t meant to be. I’m not bothered by it. I’m so proud and grateful for the journey that I have with Mercedes.”

Hamilton has won all but one of his titles at Mercedes and said the team’s loyalty was the key to him agreeing new terms at the age of 35.

“I think this is the only team in the history of the sport where you’re a lifelong family member,” he said. “So that’s something,

Hamilton sealed his seventh world title at the Turkish Grand Prix weeks ago, equaling Michael Schumacher in the records books. Also, on Sunday he is bidding to extend his lead on the all-time Grand Prix winners list to 95 victories.