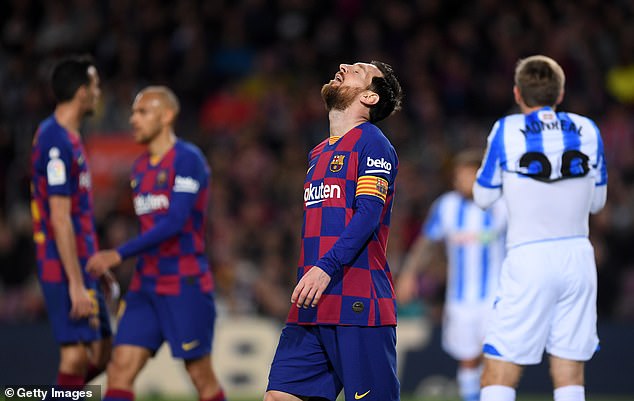 LaLiga Season Suspended Indefinitely As Coronavirus Kills Over 2,000 In Spain

According to a report by Dailymail, the statement said a joint commission between the two bodies had agreed to postpone all professional soccer competitions until the Spanish government considered they could start again ‘without creating any health risk’

RFEF chief Luis Rubiales last week ruled out cancelling the current season, insisting the campaign would resume once the health crisis was under control.

‘Both the RFEF and LaLiga wish to express our greatest public gratitude to all those who are dedicating their best efforts to provide essential services to the Spanish people,’ added the statement.

‘We also share our condolences for all the deceased and a warm embrace from the world of football to the many families that are losing loved ones.’

More than 33,000 people have been infected by the virus in Spain, the second worst affected country in Europe behind Italy, while over 2,180 people have died from it according to the country’s health ministry.