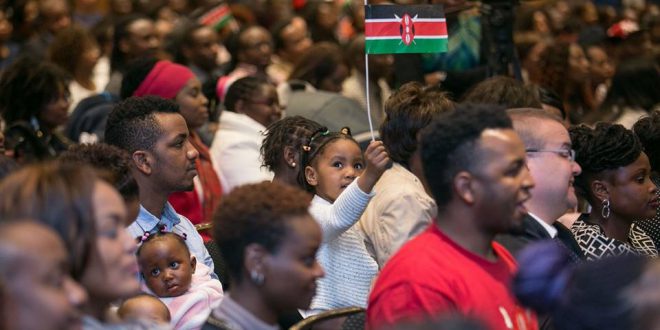 Kenyans in the diaspora have sharply criticised the proposed investment Bill which mandates the Foreign Affairs Cabinet Secretary to “craft a voluntary savings scheme for Kenyans living abroad”.

In a quick rejoinder following the publication of The Kenyan Citizenship and Immigration (Amendment) Bill, 2020, Kenyans in the US under the Diaspora Life Think-Tank expressed dismay that it is being floated without their input and, therefore, does not reflect their priorities. They contend that the proposed Bill is a deflection from the real issues that the diaspora wants their government to tackle.

“We are not aware of any consultation conducted by the sponsor(s) of the proposed Bill with the diaspora to establish if it is needed in the first place,” said Mr David Ochwangi, chairman of the Association of Kenyan Diaspora Organisations (Akdo).

Akdo advances the common welfare of Kenyans in the diaspora.

“Kenyans in the diaspora are savers already by way of remittances, investments and other savings that we make,” he added.

Mr Ochwangi said that Kenyans living abroad remit more than Sh300 billion annually and, therefore, this proposal is a deflection from the real issues that the diaspora needs addressed.

“A ‘savings’ law is the least of our concerns; we have other pressing priorities that we have persistently petitioned the government to address,” said Mr Ochwangi.

The Bill says that Kenyans living in the diaspora will get special incentives, including wealth protection, to encourage them to invest back home if Parliament enacts the Bill into law.

If passed into law, the Bill, currently before the Senate, will open the window for Kenyans in the diaspora to form associations and voluntarily contribute to a saving scheme.

The Bill is sponsored by Murang’a Senator Irungu Kang’ata.

The Bill seeks to amend the Kenya Citizenship and Immigration Act to require the Foreign Affairs Cabinet Secretary, in consultation with the relevant Kenya mission, to promote the establishment of a voluntary savings scheme for Kenyans living abroad.

But, while dismissing the Bill, the diaspora lobby group argued that this proposed law, coming on the backdrop of the government’s announcement to start tracking diaspora’s savings, is suspect. They said it is not a mere coincidence that the government — which is admittedly broke — is considering passing a law to encourage savings while simultaneously tracking savings for tax purposes.

“It sounds like the proverbial fox guarding the henhouse after luring the hens and trapping them inside the coop,” they said in a statement.

They said the diaspora’s priorities revolve around advancement and protection of their common welfare including a full restoration of birth-right citizenship, voting, ending taxation without representation and protection of diaspora interests both in Kenya and abroad.

“Many in the diaspora are left to fend for themselves both in Kenya and abroad and suffer untold misery and losses because they have zero access to or protection by the Kenya government. Establishment of safe investments, capital flows and repatriation frameworks, including timely issuance of titles to all investments and enhanced protection for the diaspora, are the issues we consider urgent,” they said.

The group decried lack of collaboration with their government and reiterated that the days when “a bunch of folks in government offices and boardrooms in Nairobi simply sat down and dictated by edict what is good for the diaspora are long gone”.

They said that to actualise their priorities and emerging issues, Kenya needs to fully incorporate its diaspora in the country’s governance structure.

“Everyone agrees that the diaspora community is a critical and essential part of the country’s social, political, and economic fabric. It is time the government moved beyond collecting tax on remittances and establishes a full-fledged Cabinet level ministry and or department to liaise with the diaspora so that practical and useful solutions that will propel the country’s growth can be enacted and implemented in an orderly and organised manner for the benefit of all parties,” they said.

They said countries that have adopted this model such as China, Israel and Nigeria have experienced exponential growth on account of the contributions of their diaspora.  They said Kenya should consider adopting this model.