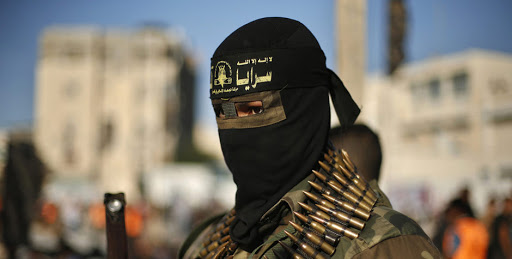 Africa: Jihad Is The Nazism Of The XXI Century

Don’t Black Lives Matter when blacks living in Africa are being massacred and tortured almost daily by jihadists? Op-ed.

June 2. In Congo, Islamists from the Allied Democratic Forces (ADF) kill 70 people in Boga and Tchabi, including 7 children, with firearms and machetes, including an Anglican pastor. “The attacks are particularly intense in the north of our diocese” said Bishop Melchisedech Paluku Sikuli of the diocese of Butembo-Beni, according to Newsweek: “Catholics are killed in hospital beds amid religious persecution”.

June 5th. 160 dead in an attack on a village in northern Burkina Faso, Solhan, where even the houses were burned. It is the bloodiest terrorist attack in the history of that country. And we are in a country, writes the New York Times, which until recently was considered “a success story” in Africa and whose president, Roch Marc Christian Kabore, is a devout Catholic. A massacre at a baptism, Reuters reports, killed 15 Christians a few days ago.

230 dead within three days and we are not hearing anything more about them. Because in our deepest selves, we are terrified and anguished by Jihad, the Nazism of our time. In their drive to Islamize entire territories they are killing everyone, Christians and Muslims. The Wall Street Journal in April reported how Islamic terrorism is advancing in these traditionally Christian countries.

To Agenzia Fides Mauro Armanino, a missionary in Niger, has just told what happened a few days ago in this other country: “In Fangio, where the first Catholic communities in the country were born, armed men attacked the village, killing 5 people . They burned the statue of Mary, the ornaments of the altar and various liturgical books. ”

This photo should have gone around the world. Their ears cut off, their wounds cauterized and covered with bandages, their children in their arms. They are the Christian women of Kalagari, in northern Cameroon, whose ears the Islamic fundamentalists of Boko Haram have cut off as a warning. In March, the news that in Mozambique, children are also joining the beheading …

Bernard-Henri Lévy on Paris Match spoke of what is happening to Christians in Nigeria: “The mutilated corpses of women. This man who is asked to renounce his faith and who is torn to pieces with a machete. This little girl strangled with the chain of the cross. This other, shattered against a tree … “.

How much horror can we ignore in order not to hear the lament of these damned of the earth, we who still have the ears to do so?

Giulio Meotti is, an Italian journalist with Il Foglio, writes a twice-weekly column for Arutz Sheva. He is the author, in English, of the book “A New Shoah”, that researched the personal stories of Israel’s terror victims, published by Encounter and of “J’Accuse: the Vatican Against Israel” published by Mantua Books, in addition to books in Italian. His writing has appeared in publications, such as the Wall Street Journal, Gatestone, Frontpage and Commentary