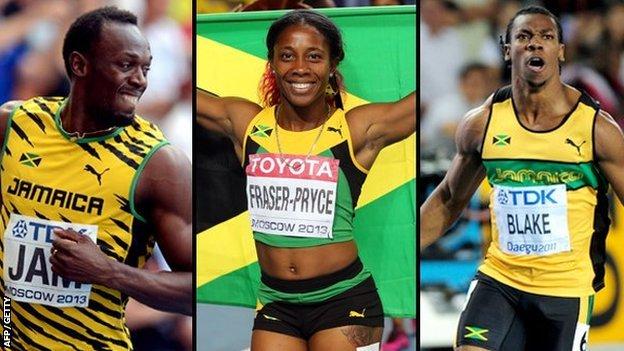 World Athletics launches an innovative plan, ‘Global Conversation For The Future Of Athletics’ asking for everyone connected to and interested in the sport to play a part in molding its long-term future via a massive worldwide survey.

Some key notable figures in Jamaican track and field have lent their voice in support of the ‘Global Conversation for the Future of Athletics’.

The island nation is small in size but giant in its contribution to the sport through the achievements of Usain Bolt, Shelly-Ann Fraser-Pryce, Don Quarrie and many more. Now they are determined that their voice resonates just as widely through the international consultation to help shape the sport in the future.

“We have been a track and field powerhouse for a long time and we plan to continue being a powerhouse in the sport,” Ian Forbes, Jamaica Athletics Administrative Association first vice president, told the Jamaican Gleaner newspaper.

“So we need to be at the table and we need to be engaging the relevant authorities with respect to the sport and its development. I am pretty confident that we will have a strong voice in that process. In participating, we as an association would be reaching out to our athletes, coaches, and other stakeholders within the group to get their feedback as well.”

“So, I think this is good, the fact that they want to get us involved and hear what we have to say,” he said. “And I think this should have been the conversation before they made some of the changes that they implemented. This is definitely putting a better foot forward, so to speak.”

Published in Oceania & the Caribbean and Sports