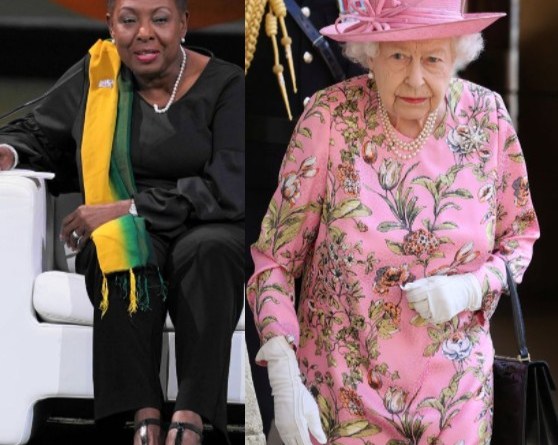 Olivia “Babsy” Grange is set to present a petition to Queen Elizabeth requesting financial compensation for the victims and descendants of the transatlantic slave trade.

Jamaica became a British colony in 1707. Sugar and other crops were cultivated in plantation systems that relied on enslaved labour – hundreds of thousands of captive Africans were taken to the island and forced into slavery under the oppressive regime.

While Jamaica became independent from the UK in 1962, the Caribbean country remains in the Commonwealth and has kept the Queen as its head of state.

The former Tory leader said he did not think reparations or apologies were the correct approach.

The Daily Star reported that Grange told Jamaica’s House of Representatives: “We are especially pleased to announce that we have made further steps in our strides towards seeking reparatory justice for the victims and descendants of the transatlantic slave trade.

“The petition is to be presented to the Queen of the UK and or the Government of the UK.”

The country’s National Council of Reparation backs the petition, the culture minister said, adding that the attorney general would need to “weigh up the merits of the petition in the eventuality of the government of Jamaica’s involvement in the petition”.

The attorney general would be responsible for filing the petition on behalf of the Jamaican people, she explained.

A spokesperson for the UK Government Treasury said: “While reparations are not part of the Government’s approach, we feel deep sorrow for the transatlantic slave trade, and fully recognise the strong sense of injustice and the legacy of slavery in the most affected parts of the world.”

More than 20,000 people signed an online petition calling on the UK government to compensate “all Caribbean & African Descendants” last December.