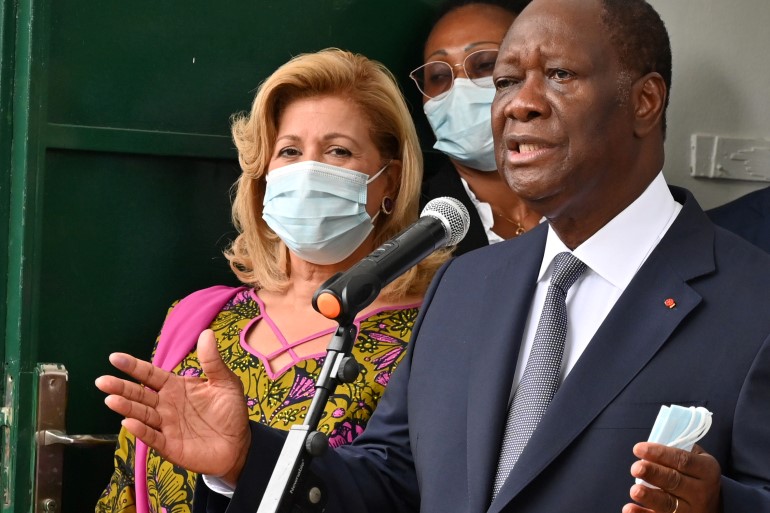 Ivory Coast President, Alassane Ouattara, has taken the oath of office for a third term after a presidential election that was marred by controversies and deaths.

Ouattara, however, utilized the swearing-in ceremony on Monday to urge the opposition to help defuse tensions ahead of next year’s general elections.

Speaking at the event, the 78-year-old president said, “I ask all political parties to seize this new opportunity to defuse tensions through dialogue.”

According to an official toll, the pre-and post-election violence has claimed at least 85 lives in the country since August.

The ceremony was attended by 13 African counterparts as well as former French president Nicolas Sarkozy but boycotted by the opposition, AFP reports.

The opposition had accused Ouattara of breaching the constitution which allows for two presidential tenures by seeking a third term. However, Ouattara had maintained that the approval of a new constitution in 2016 allowed him to restart his mandate.

After Ouattara was declared the winner, the opposition cried foul and announced a rival, “transitional government” in protest, mounting a campaign of “civil disobedience” aimed at pushing him out.

Several opposition leaders were arrested and legally charged with “sedition.”

The situation in the country is reminiscent of the Ivorian 2010 elections and its brutal aftermath, which left about 3,000 people dead.