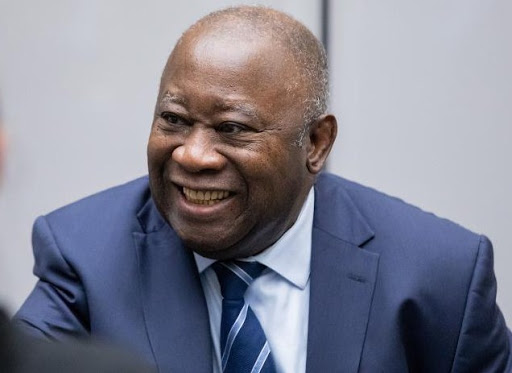 The African Court in Tanzania, established by African Union members in 2004, has asked the Ivorian Constitutional Council to clear ex-president Laurent Gbagbo to run in October’s high-stakes presidential elections. Gbagbo was one of the 40 candidates whose candidacies were rejected by Ivory Coast’s Constitutional Council because he was handed a 20-year prison sentence by an Ivorian Court over alleged heavy looting during the 2010 crisis that engulfed the nation.

The 75-year-old was also convicted for alleged crimes against humanity, however, he was freed conditionally by the International Criminal Court (ICC) in The Hague. He is living in Brussels pending the outcome of an appeal against the ICC ruling.

In 2010, after the incumbent President Alassane Ouattara was declared the winner by the electoral body, Gbagbo refused to hand over power, and the ensuing conflict between people loyal to both parties claimed about 3000 lives.

Former Prime Minister Guillaume Soro,47, was one of those rejected by the Constitutional Court. He had also played a key role in the crisis that engulfed the country after the disputed elections in 2010.

The African Court, based in Arusha in Tanzania, said Gbagbo’s conviction should not be included on his judicial record until it had time to deliver a full judgement.

Ouattara who is going for a questionable third term bid, has blasted attempts by Gbagbo and Soro to contest the presidential election as “provocation” and said one of them belongs behind bars.

“Soro, like Gbagbo, was excluded because he has a criminal record,” Ouattara told the French magazine Paris Match.

“Each of them are perfectly aware that their candidacies are based on provocation … Guillaume Soro doesn’t deserve to be on the campaign trail but in prison,” he said.

“This young man, drunk on money and power, has simply lost his head.”