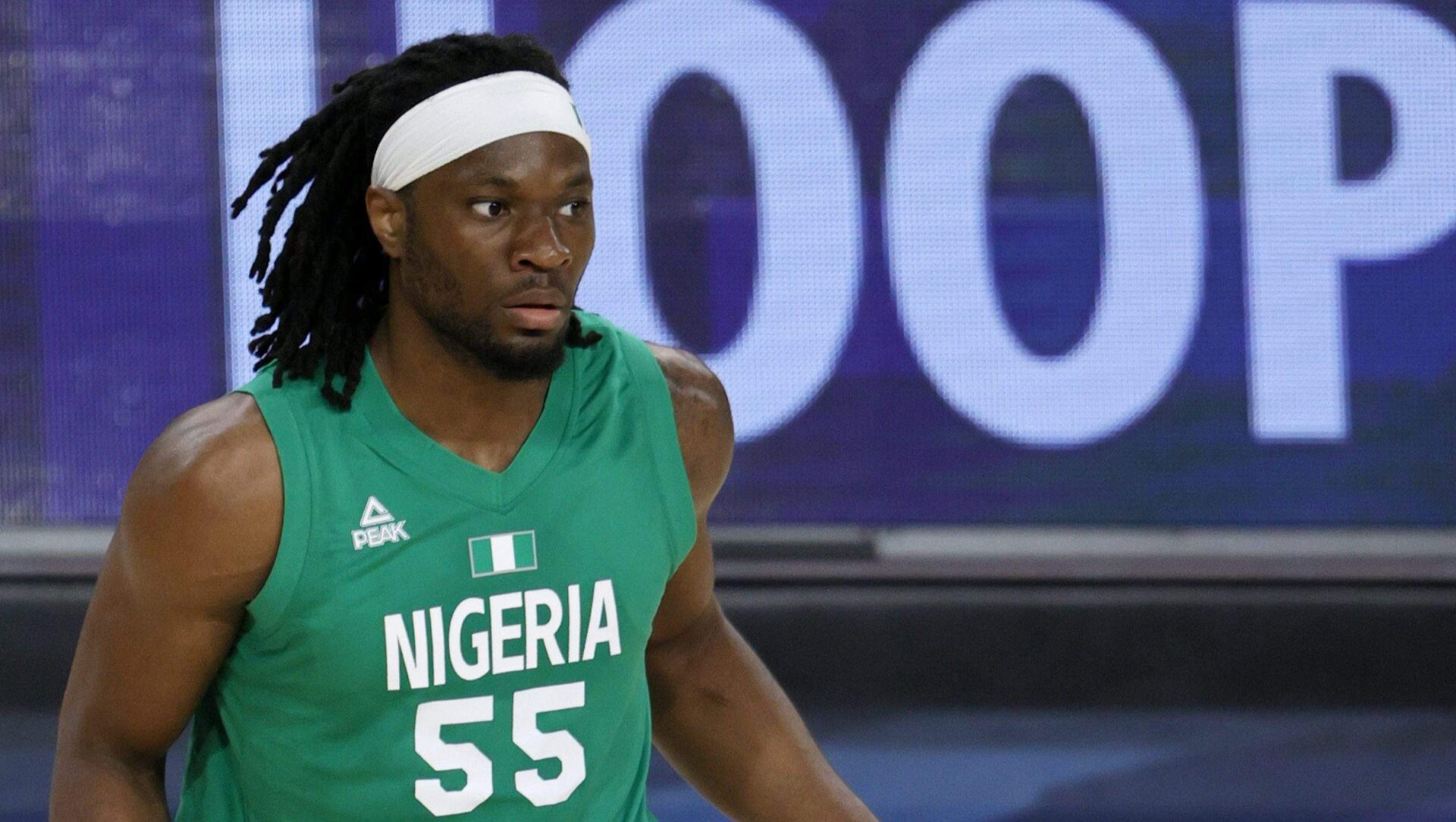 “It’s Big For Me To Have ‘Nigeria’ On My Jersey”, Miami Heat Forward Precious Achiuwa

Miami Heat forward and Nigeria’s D’Tigers star man, Precious Achiuwa, says he is honoured to represent Nigeria in the Olympics.

According to The Undefeated, while the majority of the players on Nigeria’s roster are American-born or immigrated to the United States as young children, there is one major exception: Miami Heat forward Precious Achiuwa.

“It’s big for me to have ‘Nigeria’ on my jersey,” Achiuwa, 21, recently told The Undefeated. “I’m the only NBA player on this team that was actually not only born in Nigeria, but grew up in Nigeria.”

Precious Ezinna Achiuwa was born in Port Harcourt, Nigeria, to Donatu and Eunice Achiuwa, who are both of Igbo descent. He has fond memories growing up in Port Harcourt, which is the capital of Rivers State and located in the southern portion of Nigeria.

“A lot of ships come in. It’s a port, so a lot of things come in and you’re able to meet people from different countries,” Achiuwa said. “It’s really, really diverse.”

Achiuwa grew up with three brothers, named God’sgift, Promise and God’swill, and two sisters, Grace and Peace. God’sgift Achiuwa told ESPN.com in 2011 that their parents, who were both Christian ministers, gave them those names because “all the names are found in the Bible.” Achiuwa credits his parents for teaching him about the importance of helping the less fortunate.

“My dad worked with a lot of kids who really didn’t have a lot,” Achiuwa said. “One of the things I really enjoyed doing a lot, was giving back to those kids, taking care of them, just making sure that they had clothes on their back, food on their table.”

As Achiuwa got older, it was his big brother God’sgift who inspired him to take basketball seriously, The Undefeated reports.

Achiuwa, whose first love was soccer, dunked for the first time in the seventh grade at 5-foot-11 and said he learned the game by watching instructional basketball DVDs that worked on fundamentals.

“It was a long time ago, but I watched those tapes over and over and over again. For me, I just wanted to get better. I loved the game so much. I just kept practicing since then.”

Achiuwa is 6’8 inches. His block of Kevin Durant’s dunk attempt during Nigeria’s upset of Team USA created a lot of buzz. And he put up his best performance against Argentina with 12 points, seven rebounds and three assists.

No African team has ever advanced past the preliminary round of the Olympics, but there is hope that the D’Tigers can make Olympic history. After defeating the USA and Argentina in exhibition play, Nigeria arrives at the Olympics ranked fourth in the world.