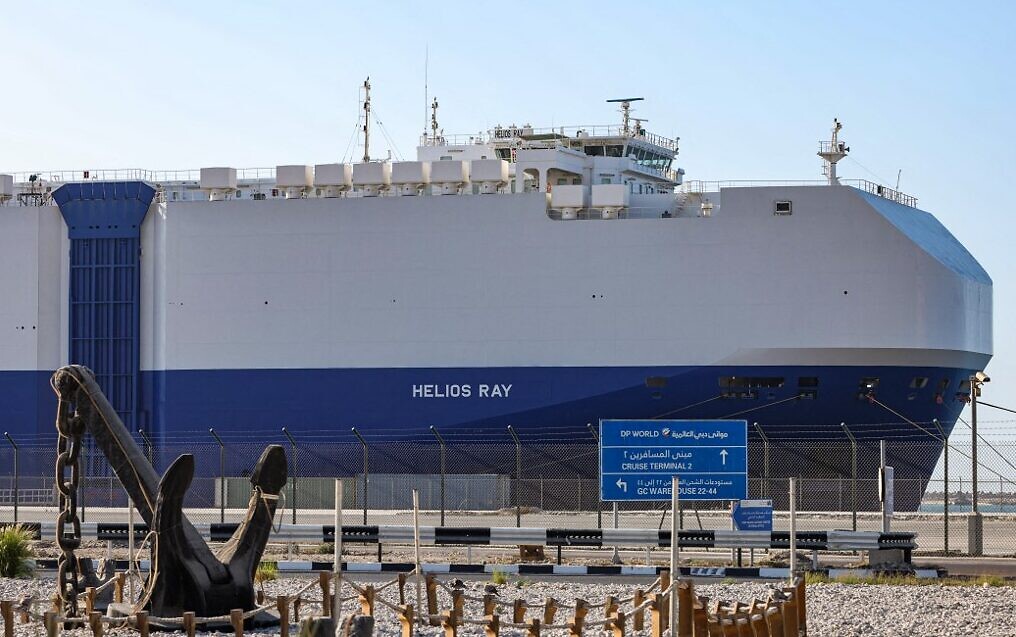 An attack aboard an Israeli vehicle-carrier MV Helios Ray ship has been blamed on Iran by Prime Minister Netanyahu. The ship was hit between Thursday night and Friday morning by a blast above the water line that a U.S official said ripped holes in both sides of its hull.

Israeli inspectors who examined the ship docked in Dubai also had the same assessment.

“This was indeed an operation by Iran. That is clear,” Netanyahu told Kan radio.

Asked if Israel would retaliate, he said: “You know my policy. Iran is Israel’s biggest enemy. I am determined to fend it off. We are striking at it all over the region.”

Iran denied involvement. “We strongly reject this accusation,” Saeed Khatibzadeh, spokesman for the Foreign Ministry in Tehran, told a news conference. “The security of the Persian Gulf is extremely important for Iran and we will not allow them to spread fear in the region by such accusations.”

“The Zionist regime (Israel) knows very well that our response to our security issues and areas is always firm and precise,” he said, adding Israel was the source of all of the region’s instability.

According to a Reuters report, Iran said in November it would make a “calculated” response to the killing of its top nuclear scientist, which it blamed on Israel. Israel has not responded to that accusation.