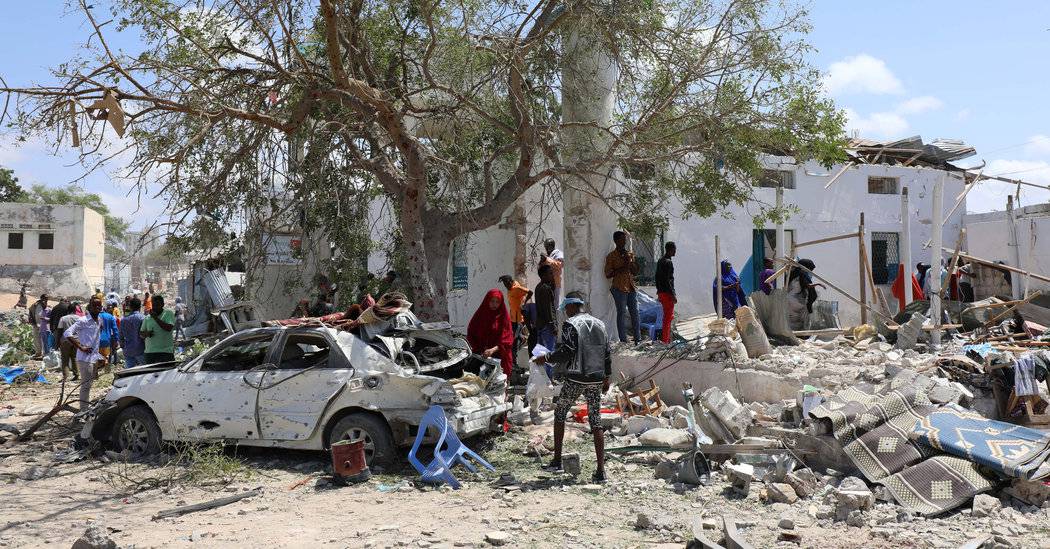 A suicide bombing attack outside a mosque in the Somalian port of Kismayo has killed at least 6 people, according to a regional official.

“A suicide bomber wearing a heavy vest of explosives targeted the Muslim congregation at the Qaadim mosque in the centre of the town as people were leaving the mosque after performing Friday prayers,” Abdinasir Gulled told the dpa news agency.

About 20 people sustained injuries during the attack, which may have been aimed at a provincial politician, Gulled said.

Al-Shabab claimed responsibility for the attack on their Radio Andalus.

The incident comes after three people were killed and seven were injured in a suicide attack at a Mogadishu restaurant on Wednesday. Information ministry spokesman Ismail Mukhtar Omar said the attacker walked into the Blue Sky restaurant near Mogadishu National Theatre before blowing himself up.

Islamic terrorism has unsettled the continent of Africa ever since it opened its arms to the Arab religion. Somalia is one of the African countries hard hit by the scourge of Islamic jihadist fighters, who often satisfy their lust for blood by bombing and killing randomly.

Somalia has been highlighted as a dangerous country to visit owing to the menace of Islamic terror fighters. Waves of attacks have occurred in the country this year and dozens of people have died.

The Al-Shabab armed group, which has ties to al-Qaeda, is one of the terror organizations violently unsettling the Horn of Africa. Along with random attacks on civilians, they also regularly attack government officials, journalists and prominent businessmen.