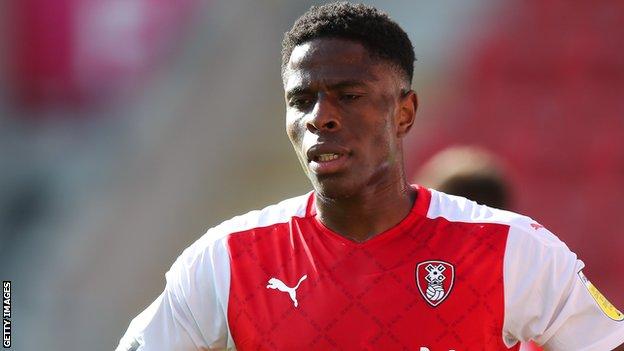 Nigerian-born Irish winger Chiedozie Ogbene has called on UEFA to take stronger action over racism in football after the Republic of Ireland’s players were booed for taking a knee in Hungary.

The 11 men who took the field were greeted by loud boos as they knelt in support of the game’s anti-racism campaign before kick-off, just as England’s players had been jeered by some of their own fans ahead of their games against Austria and Romania.

The 24-year-old Rotherham winger made history as the first African-born player to represent Ireland when he came on as a late substitute during Tuesday night’s 0-0 friendly draw in Budapest.

Ogbene said: “I try not to worry about it. I just focus on ourselves. I feel like the group we have, it is diverse and everyone is together.

“We hope that UEFA will take stricter action and find a solution. It is a difficult task because it has been going on for many years. We won’t find a result or solution overnight.

“I am so happy we continue to show how important it is to accept everyone for who they are and just educate people, and I am so proud of the team.”

Asked if he had been disappointed at the manner in which the gesture was greeted, Ogbene added: “Yes, I was obviously disappointed because we all go through different stories and different histories in our lives.

“This is something that black people have been fighting for many years, discrimination and racism. There is no place in any sport, any place.

“I was quite disappointed. It is what it is. We stayed strong and I’m so happy that we as a team took the knee to show solidarity between us all.”