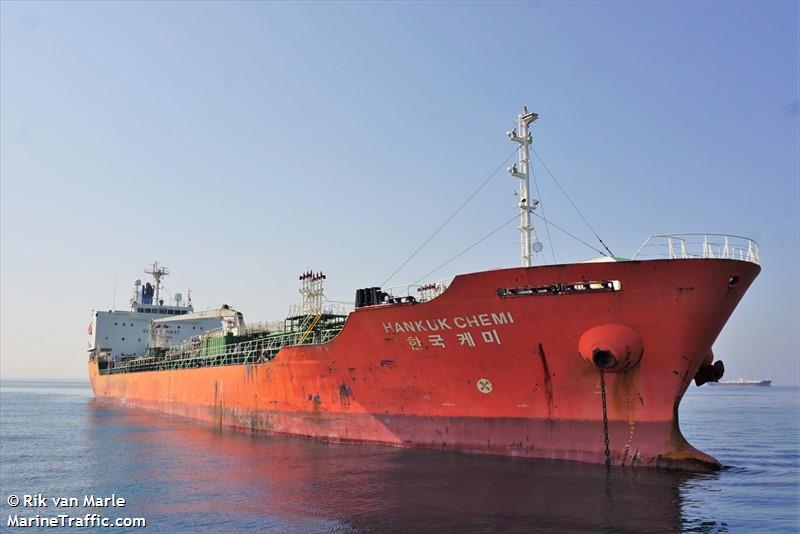 A detained South Korean chemical tanker has been released by the Iranian authorities along with its captain, Seoul’s Foreign Ministry said, after Tehran called on the country to release billions in assets frozen under American sanctions.

The MT ‘Hankuk Chemi’ tanker was permitted to leave Iran on Friday morning, South Korea time, after months in detention, the ministry said in a statement, noting that the captain and crew are “in good health” and that the vessel is in working order.

Departing from the Rajai Port near Bandar Abbas, Iran, the ship is now traveling, according to marine tracking data. It spent some three months in custody, after it was seized in the Strait of Hormuz near Oman in early January.

While Tehran agreed to release 19 crewmen in February, its captain was kept in detention. A complement of 12 crew members also chose to remain on board to assist with maintenance.

“At the request of the owner and the Korean government, the order to release the ship was issued by the prosecutor,” Khatibzadeh was quoted as saying by the state-run IRNA news agency.

The ship’s owner, DM Shipping Co. Ltd. of Busan, South Korea, could not be immediately reached for comment.

The Hankuk Chemi had been traveling from a petrochemicals facility in Jubail, Saudi Arabia, to Fujairah in the United Arab Emirates when armed Revolutionary Guard troops stormed the vessel in January and forced the ship to change course and travel to Iran, AP reports.

Iran had accused the MT Hankuk Chemi of polluting the waters in the crucial Strait of Hormuz. However, observers opined the seizure was an attempt to pressure Seoul to release about $7 billion in Iranian assets tied up in South Korean banks amid heavy American sanctions on Iran.

Iran’s Foreign Ministry did not acknowledge the fund dispute when announcing the ship’s release, with Khatibzadeh saying only that the captain and tanker had a clean record in the region.

However, an official from South Korea’s Foreign Ministry, speaking on condition of anonymity under regulations, said Seoul’s willingness to resolve the issue of Iranian assets tied up in South Korea “possibly had a positive influence” in Iran’s decision to release the vessel.

A raft of US sanctions reimposed in 2018 by the Trump-led administration led to the freezing of the assets, as the US also backed out of the 2015 nuclear agreement signed between Iran and world powers.

According to RT, Washington’s powerful leverage over international financial institutions, such as SWIFT, helps it to pressure other nations to enforce its economic penalties.

In January, the U.N. said Iran topped a list of countries owing money to the world body with a minimum bill of over $16 million. If unpaid, Iran could lose its voting rights as required under the U.N. Charter.