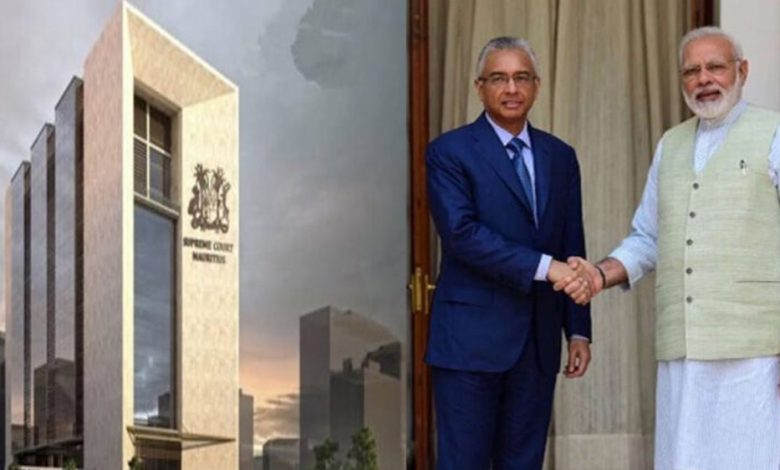 India has made telling moves to foster relationships with the south east African island country of Mauritius. This is pursuant to its development and security cooperation with smaller Indian Ocean states.

The new building will incorporate all divisions and offices of the Supreme Court of Mauritius into a single building, thereby improving its efficiency.

It is spread over an area of more than 4,700 sqm with over 10 floors and a built up area of around 25,000 sqm, flaunting a modern design and green features with focus on thermal and sound insulation and high energy efficiency.

India is the largest development partner for Mauritius, government sources reveal. It has provided lines of credit worth $600 million at concessional terms, with the focus on developmental projects.

Among the robust projects India is managing in Mauritius is assisting in the building of healthcare facilities such as a renal unit, four medical clinics and two health centres.

Mauritius is also one of the largest beneficiaries of the Indian Technical and Economic Cooperation (ITEC) programme, with 210 civilian and 169 defence training slots being offered to the country during fiscal 2018-19, according to HT Times.

India’s investment in Mauritius is a welcome development, as long as the terms of the deal are not strangulating, a case study of Chinese investment in Africa comes to mind.

Since Mauritius is 4,000km away from India, should Africans be worried about these political overtures?