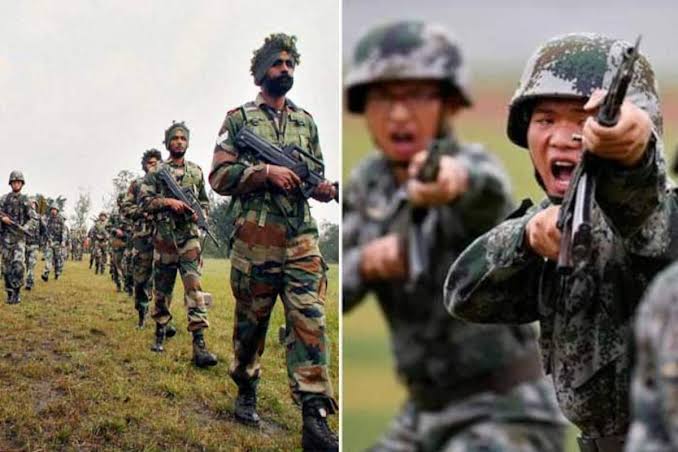 Indian and Chinese troops reportedly clashed again last week in a disputed stretch of their shared border in Sikkim Himalayas, with injuries on both sides, the Indian army said.

Tensions have remained high along the world’s longest disputed border, as both sides claim large areas of territory.

However, China on Monday said the two sides must refrain from escalatory actions.

The brawl reportedly happened at Naku La in north Sikkim.

A Chinese patrol tried to enter Indian territory and was forced back, the officials said. Some reports said sticks and stones were used, but there were no gunshots.

An Indian army statement played down the incident, saying there “was a minor face-off at Naku La area of North Sikkim on 20 January 2021 and the same was resolved by local commanders as per established protocols”.

One source told the Times of India that both sides brought in reinforcements after a “brawl” but there was no gunfire and the situation was under control.

China’s foreign ministry spokesman Zhao Lijian declined to give details of the incident, but said China’s troops were “committed to upholding peace” and urged India to “refrain from actions that might escalate or complicate the situation along the border”.

Sikkim is in the eastern Himalayan, thousands of miles away from Ladakh where the military crisis began last year and erupted into a savage hand-to-hand combat that left 20 Indian soldiers dead and an unspecified number of Chinese casualties.

Although China is one of India’s biggest trading partners, relations have worsened amid the border face-off. Both have stepped up infrastructure construction along some of the border areas.

The two countries fought a war, in 1962, and India suffered a heavy defeat.

An agreement was signed in 1996 barring the use of guns and explosives from the Line of Actual Control, as the disputed border is known.