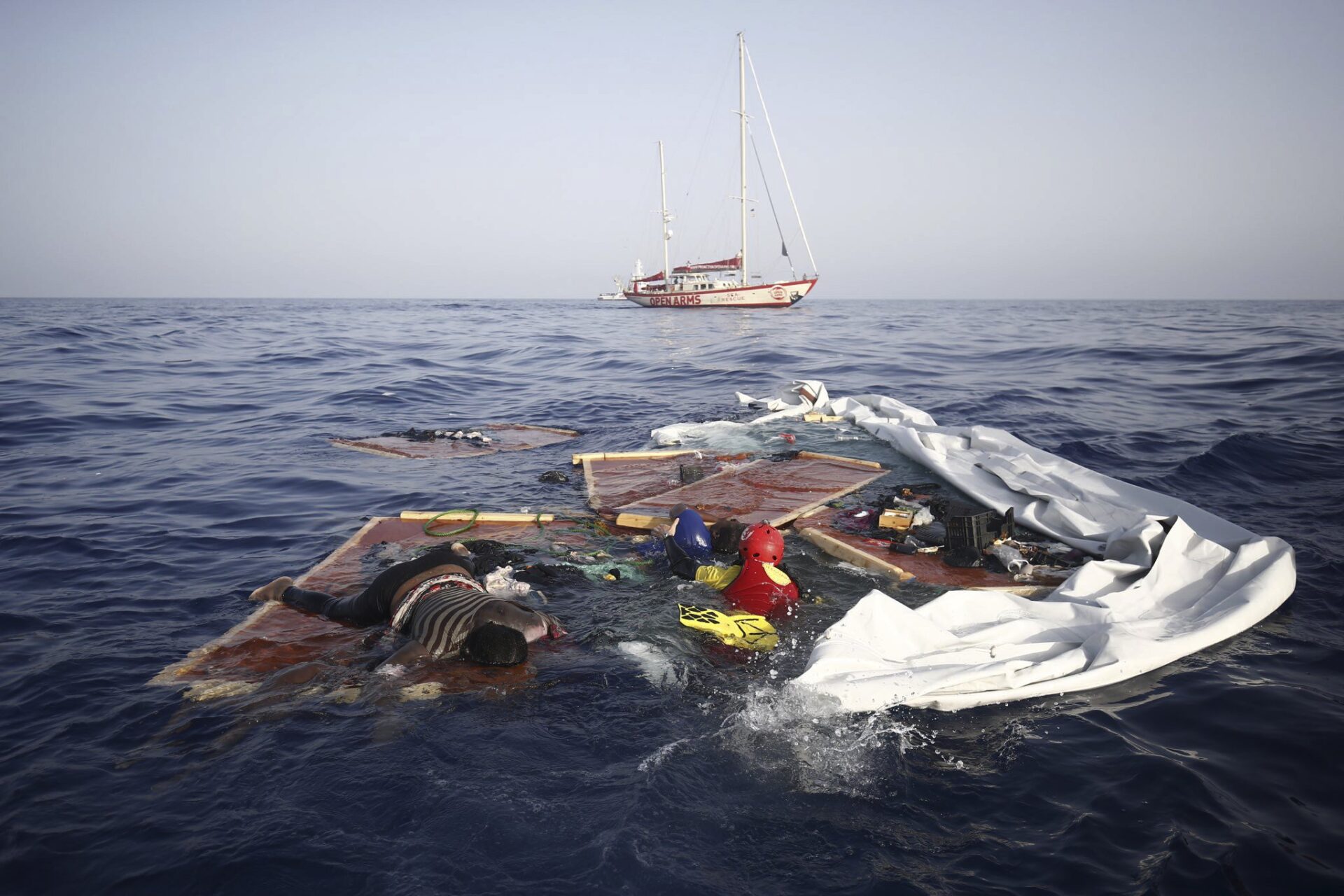 How can we put a human face on migration when it is so often reduced to mere statistics? And how can we remember the dead so they won’t be forgotten?

Argentinian photojournalist Juan Medina’s series of 41 photos documents the dramatic events that have been playing out at Europe’s doorstep over the past two decades as African migrants continue to attempt the crossing from the continent to Europe.

In recent months, an almost record-breaking number of people have been making the dangerous Atlantic journey to the Canary Islands.

Casa África, a government institution based on the Spanish archipelago and which is responsible for strengthening ties between Africa and Spain, is hosting the photography exhibition “Migration at the border of Southern Europe” from 29 January to 30 April.

‘Don’t be afraid to die’

In Casa África’s iconic headquarters in Las Palmas de Gran Canaria, an island city located off the coast of north-west Africa, a woman’s hoarse voice rings out from a loudspeaker in one of the exhibition’s empty galleries: “If the sea is raging, if the wind blows hard, if the boat is dragging you downwards, don’t be afraid to die . . .”.

On 16 July 2018, a 40-year-old Cameroonian woman named Josepha spent an entire night praying and singing to keep from sinking after a boat she was on capsized in the middle of the Mediterranean Sea.

Medina chronicled her rescue by a team from the humanitarian organisation Open Arms. Found suffering from hypothermia next to a dead woman and young boy, she was the sole survivor of the sinking, which occurred off the Libyan coast.

Photos hung on white walls around the video installation displaying images of the miracle survivor show how tens of thousands of people put their lives at risk every year in search of a better life in Europe.

One such photo hints at the lifeless body of a young, dark-skinned boy wearing yellow swimming trunks laid out near the shore of the island of Fuerteventura.

Another picture captures a group of divers on an inflatable dinghy just a few metres away from a makeshift boat crammed with migrants from sub-Saharan Africa.

Medina won the prestigious World Press Photo award for a series of images documenting a rescue operation that saved a few dozen migrants after their boat sunk off the coast of Fuerteventura in 2004.

Born in 1963 in Buenos Aires, Argentina, the Reuters photographer has dedicated the last 20 years of his career to shining a light on migrants’ broken dreams.

His work involves visiting his subjects’ countries of arrival, transit and origin, and has taken him to places like Mali, Mauritania, Morocco and Senegal, where thousands of people embark on the journey to Europe every year.

“Migrants are human beings just like you and me, and they are experiencing things that some of our own family members already went through in past generations. Each viewer needs to draw their own conclusions about what’s happening,” Medina said. Currently based in Madrid, the photojournalist hopes that his work will help counteract attempts to deny or rewrite history.

Many observers compare the 2006 “cayuco crisis” – named after the fishing boats used for the sea crossing to the Canary Islands – to the fresh crisis that has been taking place in recent months on the archipelago. More than 23,000 people, mostly from Africa, landed on its shores in 2020.

“The Atlantic crossing to reach the Canary Islands has been deadly since the late 1990s. The ocean is one big cemetery. Some families will never know where their loved ones are. There are nameless graves and people’s lives are held up by endless waiting. The fact that nothing has changed after more than 30 years of non-stop death at our doorstep is very disheartening,” Medina said.

“These people, and no one else, are the main victims of migratory movements,” said Casa África head José Segura Clavell.