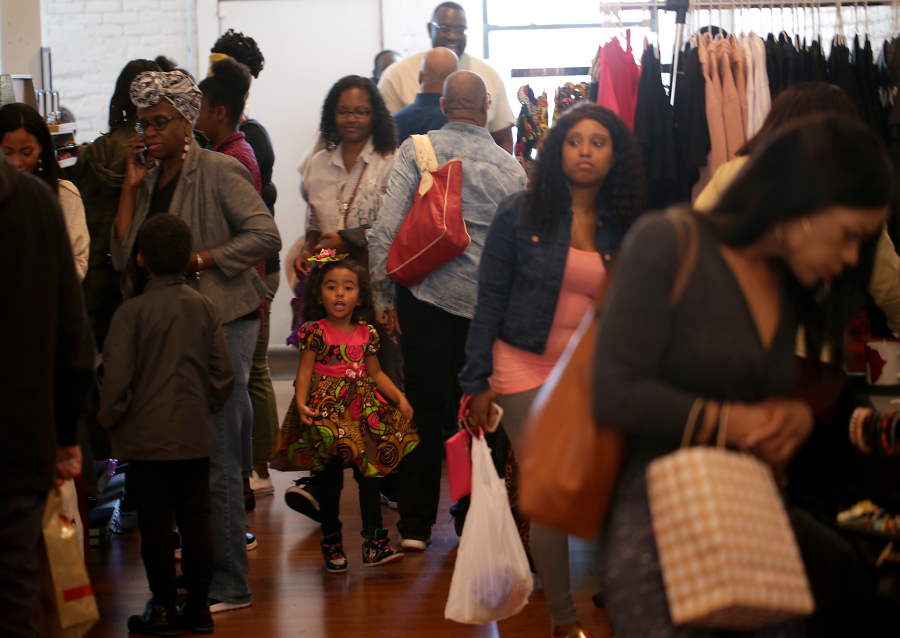 How And Where To Buy Black For Small Business Saturday, The Holiday Season, And Always

With the holiday shopping season officially in full swing, it’s a foregone conclusion that the biggest retail corporations will rake in the big bucks from their faithful customers and new ones alike.

But what about the smaller players in the business game? Without any support, many of those companies come just as quickly as they end up going away. A lot of the time, those businesses are Black-owned.

“Nationwide there are more than 2.6 million black-owned businesses,” Black business owner Antwon Davis told NBC News. “But eight out of 10 fail within the first year and a half because of a lack of exposure, a lack of capital, and a lack of business acumen.”

Black people have major spending power, though — to the tune of more than $1 trillion annually — so in theory, there should be no excuse not to throw a few bucks to the companies owned and operated by Black folks. And what better time to do so than on Small Business Saturday, which this year falls on Nov. 24?

This year offers no shortage of Black-owned businesses to support, with the internet being the great equalizer for companies that don’t have a physical store.

For instance, the Strivers Row project lists dozens of Black-owned businesses in New York City that range from a bed and breakfast in Brooklyn to a chocolate company in Harlem, and more. Their services are available even if you’re not in the Big Apple.

But if you’re still having problems finding a Black-owned business to support, there is, of course, an app for that.

Official Black Wall Street, which serves as a vast directory of Black-owned businesses across the globe, was created to make the directory more accessible and to encourage individuals to circulate money in the Black community.

Still no luck? Here’s a list of more than 100 Black-owned businesses. The Black Business News Blog listed 25 Black-owned businesses offering up their wares for sale, including everything from desserts and snacks to drinks to cosmetics to clothing and more. The Black Girl With Long Hair website also listed more than 40 other Black companies that focus on cosmetics and fashion.

And as Cyber Monday approaches, Super Selected’s website has also provided a list of products made by 50 Black-owned companies that were offering online sales. A Twitter hashtag for Black-owned businesses has gone viral, and more Black-owned deals for Cyber Monday, the overall holiday season and for the future can be found by clicking here and here.

“We have to keep these dollars in our community just a little bit longer,’’ Black Florida consumer Candy Lowe told USA Today. “If we can …   we’ll see an economic improvement. If we see more businesses getting support, it won’t be so frightening to be a business owner.’’