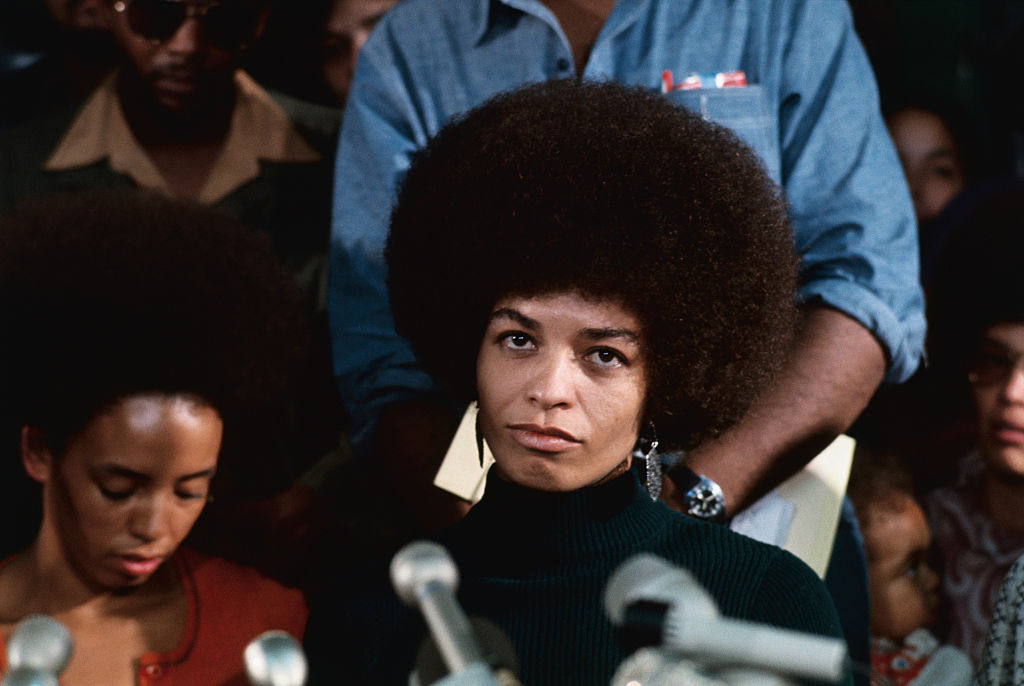 While educator, author and activist Angela Davis may not be a mother in the traditional sense of the word, she is considered by most to be one of the Mothers of the Civil Rights Movement. Blossoming as a curious young student enraptured by the teachings of communism and socialism, Ms. Davis formed an intellectual connection with the philosophical teachings of Jean-Paul Sartre while studying at Brandeis University. Studying abroad in France and Germany, Davis, a native of Alabama, would later say that the 1963 Birmingham Church bombings had a profound effect on her.

Davis encountered the uprising of Black Nationalism in London during a quick stop on the trip back home to finish her schooling in America. Staunchly devoted to communist theories, Davis was initially appalled by Black activists’ rejection of the radical philosophies she adopted in her fight for the working class against capitalism. Davis would follow her mentor Herbert Marcuse to the University of California in San Diego, earning her Master’s there. She would later obtain her doctorate of Philosophy at Humboldt University in East Berlin.

As a professor of Philosophy at UCLA, Davis would become one of the central figures of Black activism, voicing her politics and aligning herself with the Black Panther Party. Controversy would ensue as she routinely spoke out against injustice, even from her perch as an educator. She would be fired by the school in 1970, thrusting her into one of the more explosive moments of her life. After developing a relationship of letter correspondence with jailed activist and Black Panther member George Jackson, she would find herself labeled a fugitive and terrorist after a courthouse shooting in August of 1970 went awry, resulting in the death of Jackson’s 17-year old brother, Jonathan.

Davis was arrested that fall in New York, and after a tense trial in Marin County Superior Court, she was sentenced and held in the Women’s Detention Center in California. Becoming a legendary figure in both the Black community and abroad, she would find support from across the globe in trying to obtain her freedom. Davis would serve 18 months in prison, spurring her ongoing fight against what has been labeled as the “prison industrial complex.”

Davis has authored 11 books, with two recent works focused heavily on prison and the justice system. An upcoming book, “The Meaning Of Freedom And Other Difficult Dialogues,” is a collection of unpublished speeches meant to capture the wide breadth of Davis’ work, including feminism, oppression, and abolishing the prison system as a whole.

Angela Davis and her revolutionary spirit remain a resonant reminder of her turbulent yet enriching past. She continues to be one of the world’s leading voices against inequality, racism and injustice. Angela Davis is a Mother of the Civil Rights Movement.