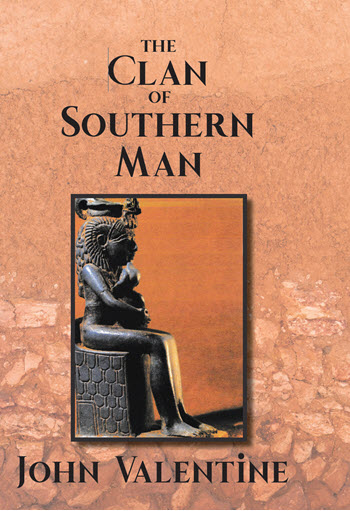 AMERICA – (Black News) The most provocative book ever written, The Clan of Southern Man by author and cultural historian, John Valentine, takes readers on a fascinating journey through time and untold history! It’s the first and only book to trace the history of Black people all the way back to the beginning of the human line, around 200,000 years ago.

Using the very latest scientific and genetic information available, The Clan of Southern Man proves conclusively that not only were Blacks the first humans on earth, but they developed many of the arts, sciences, and tools that led to human civilization. This, long before any other races appeared on earth.

According to the book’s editor, Professor Reginald Martin, M.F.A., Ph.D., and full professor of English at the University of Memphis, “This is no usual history of Blacks out of Africa onto these shores of misery but is instead a history of the earth and the place of Blacks in it. Where they come from, whom they have always been, and where they are going if they are not careful and do not listen to Valentine.

Valentine’s Clan of Southern Man comes at an absolutely critical time in the history of the Black struggle for social and economic justice. It lays out a clear and precise blueprint for a renewed, reinvigorated, and redirected fight against systemic racism in America. Valentine believes it is this disconnection from our true past that serves as the biggest hindrance to our effort to unite and confront the many obstacles that keep us from gaining our true place in human society.

To purchase this game-changing book go to the publisher’s website at AmamiBooks.com. Also, check out Valentine’s blog Black Culture Matter at BlackCultureMatter.org.