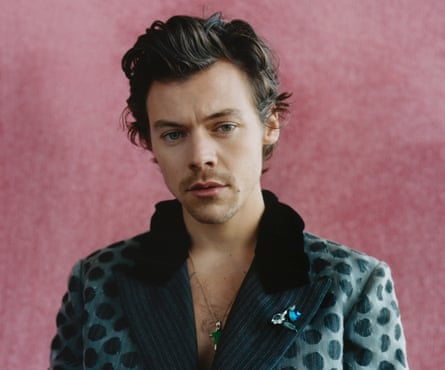 U.K: Harry Styles Urges His Fans To Be ‘Anti-racist’ Whilst Supporting The BLM Movement!

British singer Harry Styles, of the now defunct One Direction Boy Band, took to Instagram to urge his followers to be “anti-racist,” whilst vowing to help any protestors arrested during the demonstrations that were held in the US in the aftermath of African American George Floyd’s death.

It read: “I do things every day without fear, because I am privileged, and I am privileged every day because I am white. … Being not racist is not enough, we must be anti-racist. Social change is enacted when a society mobilizes. I stand in solidarity with all of those protesting. I’m donating to help post bail for arrested organizers. Look inwards, educate yourself and others. LISTEN, READ, SHARE, DONATE and VOTE. ENOUGH IS ENOUGH. BLACK LIVES MATTER. (sic)”

The ‘Sign of the Times’ hitmaker said the motivation behind his emotive post was, because, as a famous pop star he has an audience that he can educate in a bid to try and make future society better.

In an interview with the new issue of Variety magazine, he said: “Talking about race can be really uncomfortable for everyone. I had a realisation that my own comfort in the conversation has nothing to do with the problem – like that’s not enough of a reason to not have a conversation. Looking back, I don’t think I’ve been outspoken enough in the past. Using that feeling has pushed me forward to being open and ready to learn. … How can I ensure from my side that in 20 years, the right things are still being done and the right people are getting the right opportunities? That it’s not a passing thing?”

Harry hopes the Black Lives Matter movement will resonate through all of society and especially within the music business in terms of how artists are paid in royalties.

The 26-year-old musician – who has been named Variety’s Hitmaker of the Year – said: “Historically, I can’t think of any industry that’s benefited more off of Black culture than music. There are discussions that need to happen about this long history of not being paid fairly. It’s a time for listening, and hopefully, people will come out humbled, educated and willing to learn and change.”