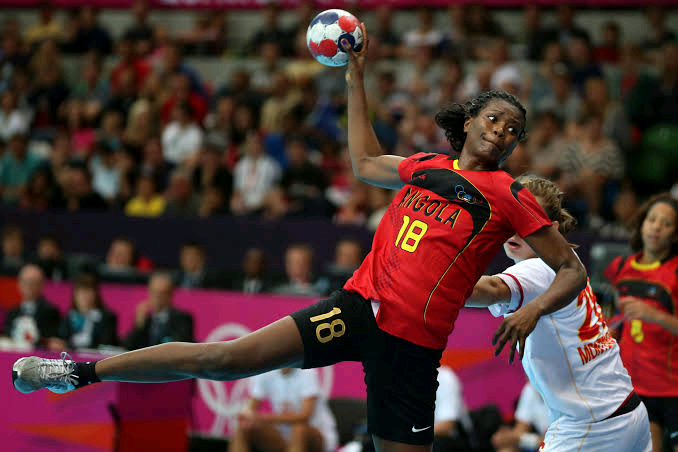 African Champions, Angola cruised into the semifinals of the ongoing 24th edition of the Senior African Women’s handball Cup in Yaounde, after defeating the Democratic Republic of Congo 29-20 in one of the quarter-final matches at the Yaounde Multipurpose Sports Complex June 15, 2021.

From the victory, Angola has once more proven that they are in Cameroon to defend their title as African champions. It was a highly competitive encounter as each side was out to grab the ticket to the final four stage of the competition.

The game started with the Angolans dominating with a good play style from powerful strikers like Guialo Isabel Evelize, among others. The Congolese fought back with strong shooters like Mwasesa Christianne, Pina Laugne and Moesta Vanessa among others. Congo struggled hard to level scores but found it difficult penetrating the Angolan defence wall.

At half time, the score line was 15-10 in favour of Angola. On resumption, Angola continued with their onslaught creating panic in the DR Congo defence. The Angolans took advantage of the already shaky defence of the Congolese and overpowered them with a nine-goals difference. All efforts by the DR Congo to reduce tally were futile.

The trophy for the best player in the game went to Guialo Isabel Evelize from Angola. Angola was the first team to qualify for the semi-finals and have equally secured a ticket for the World Cup in Spain.

News/Image: All Africa | Inside the sports