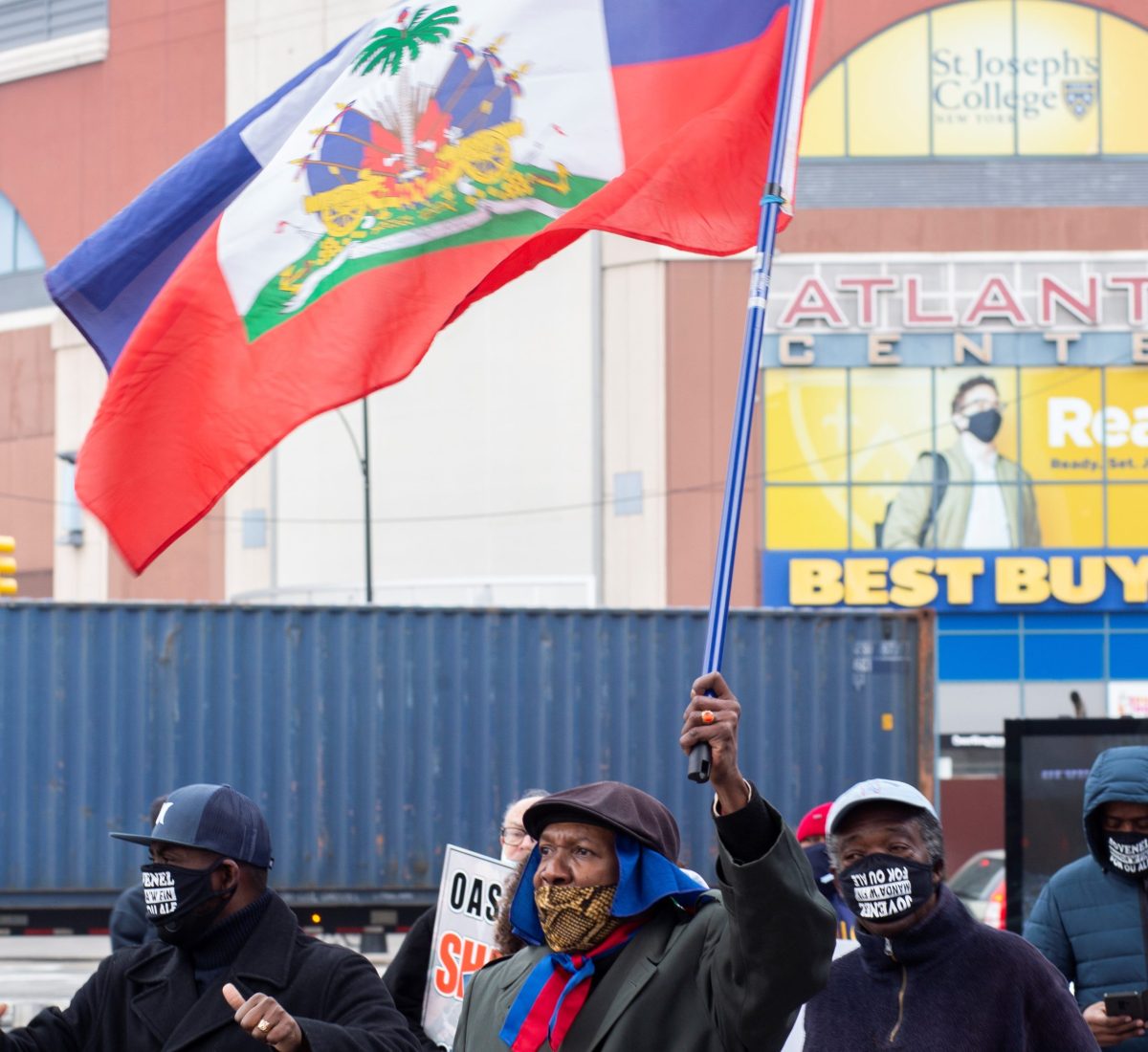 Haiti: Will #FreeHaiti Bring Democracy Or Continue Culture Of Imperialism

In the midst of the COVID-19 pandemic, people across the globe have been fighting for their lives. But in Haiti, the constituents have been fighting a different sort of disease. Plagued by government mistrust, corruption and foul play —the hashtag #freeHaiti has permeated social media and airwaves for the last week.

Yet, upon hearing it I wondered if it was in fact the right name for a burgeoning political movement in my embroiled country. What was the turbulence that led to this viral hashtag in the first place — and why is Haiti suddenly getting attention from the international community? Attention, arguably, the country has deserved for years.

The U.S. has had a long and contentious relationship with Haiti and this history has repeated itself throughout the years. The U.S. annexed Haiti in 1868 and went on to occupy the country in 1915 — for 20 years. But the United States’ misgivings and predatory encroachment upon poor countries have long been practiced … so much so that the international community has grown accustomed to turning a blind eye.

But what happens when a country like Haiti functions without a parliament since January 2020? It begs the question as to who is REALLY running the Haitian government. The answer seems to point to one man: Jovenel Moïse.

Initially chosen as a man of the people, a farmer — many thought Moïse’s tenure would be the solution to Haiti’s dark history and the rebuttal to the highly controversial administration of Haitian celebrity, Michel Martelly. However, as years progressed into Moïse’s tenure, many realized that the entrepreneur was on a quest for power.

Marc Alain Boucicault, a leading tech ecosystem builder in Haiti explained the problem as follows: “only 500,000 people voted for Jovenel Moïse in a country with a population of over 10 million.” The voter turnout was a disparaging 18%. This speaks to the political apathy that Boucicault has seen as rampant amongst the millennial generation.

“People have created their own microcosms, own electrical grids powered by generators, have their own security, etc…thus people have actually given up on the state,” he said. This has again reinforced the type of voter apathy we see exacerbated in Haitian elections, particularly amongst the silent majority.

As there have been calls for Moïse’s resignation since 2019, the country has sunk deep into a political quagmire. The deeply divisive political figure has refused to leave office. And should he? Although Moïse was elected to a five-year term in 2016, he did not take office until February of 2017 — which would put him at a 2022 departure date. A date that the Biden/Harris administration is supporting, much to the chagrin of the Haitian people.

Article 134 of the Haitian Constitution notes that no matter when you are inaugurated, the five years start from Feb. 7 following the date of the elections. (Meanwhile, Moïse’s critics have been demanding that he step down since Feb. 7, 2021.) But while the Biden administration is supporting Moïse, they are also deporting an unprecedented amount of Haitians. Weird right? Many would find it nonsensical to send thousands of Haitians back to a war-torn country that many of them do not know or have not experienced since childhood.

All the while, Moïse continues to rule the violence-torn country by decree. Since Moïse has dismissed 19 of the 30 Haitian senators that should be in office, the remaining 10 senators don’t meet quorum to advance any agenda within the Parliament — rendering it obsolete. And as the waves of kidnappings (surged by over 200%) and violence continues to increase, it has been noted that little to nothing has been done to stop it.

Many Haitians have taken to the streets to protest what they largely perceive as injustice in the form of Moïse’s continued presidency. Why aren’t the police stopping the violence many have asked? Some critics would allege that the police are actually contributing to the fire — yes, the literal fires that have been set all throughout Haiti that have barricaded the public from working and impeded normal function of the country.

The surge in kidnappings has relegated the aristocracy to their homes, as they too have been subject to the new decrees such as a mandatory stripping of car tints. While the government alleges that this is to ensure that the number of kidnappings is reduced, many are left wondering if this will make it easier for the kidnappers to spot more vulnerable targets. Or worse, to be spotted by dirty cops.

Fantom 509, a specialized sector of the police force has allegedly stormed the jails in frustration, freeing many of their incarcerated counterparts as they demanded the government seek vindication for the police killings and produce the bodies of the slain police officers, as just last week, 5 police officers were killed by members of the 5 Second gang during a raid. Aside from these police killings over 180 protestors have been killed in the last two years.

The show of excessive force has been used on all sides by the gangs, police officers, and yes, the Haitian government. Oftentimes, families aren’t even left with a body to bury. But this violence is not new. In November 2018, 70 people were murdered in La Saline by gang violence. The operatives in question? G-9, a gang alliance between nine of the largest gangs in Port-au Prince.

Two members of Moïse’s administration were implicated in planning the massacre and providing weapons to the gangs— although they have since denied any wrongdoing. Still many allege that Moïse has used rival gangs to silence his opponents, while others proclaim that the government has had its hand in the recent uptick in kidnappings.

Haitians are dying, but it is not from COVID-19. It is a result of the cancerous unchecked government bureaucracy that has discarded the poor and opposition for years. Roberte Exantus, a leading Haitian Gender Equity Advisor noted, “We are not asking the international community to free us, we have always been able to free ourselves. We’ve done it before.”

Exantus is of course alluding to Haiti’s notorious revolution that banished the French in 1804 from the country once and for all, making Haiti the first freed Black republic. For many members of the Haitian-American diaspora, it does not matter which political party governs America because both parties’ missions seem the same on the subject of Haiti.

As America continues to side with the Moïse administration, she must ask herself if she is on the right side of history and if the #FreeHaiti hashtag will bring democracy and compromise or instead be relegated to a bastion of continued American imperialism and puppetry?

Wen-kuni Ceant is the CEO and Co-Founder of Politicking. She is a Fulbright Scholar and through the fellowship she studied health infrastructure in Senegal during the last year. She received her Masters in Public Health in Health Management and Policy in 2016 from Drexel University. Before Drexel, she attended Howard University, in Washington, D.C. where she graduated Phi Beta Kappa and with honors with a Bachelors of Science in Biology.

Published in Editorial, Oceania & the Caribbean and World