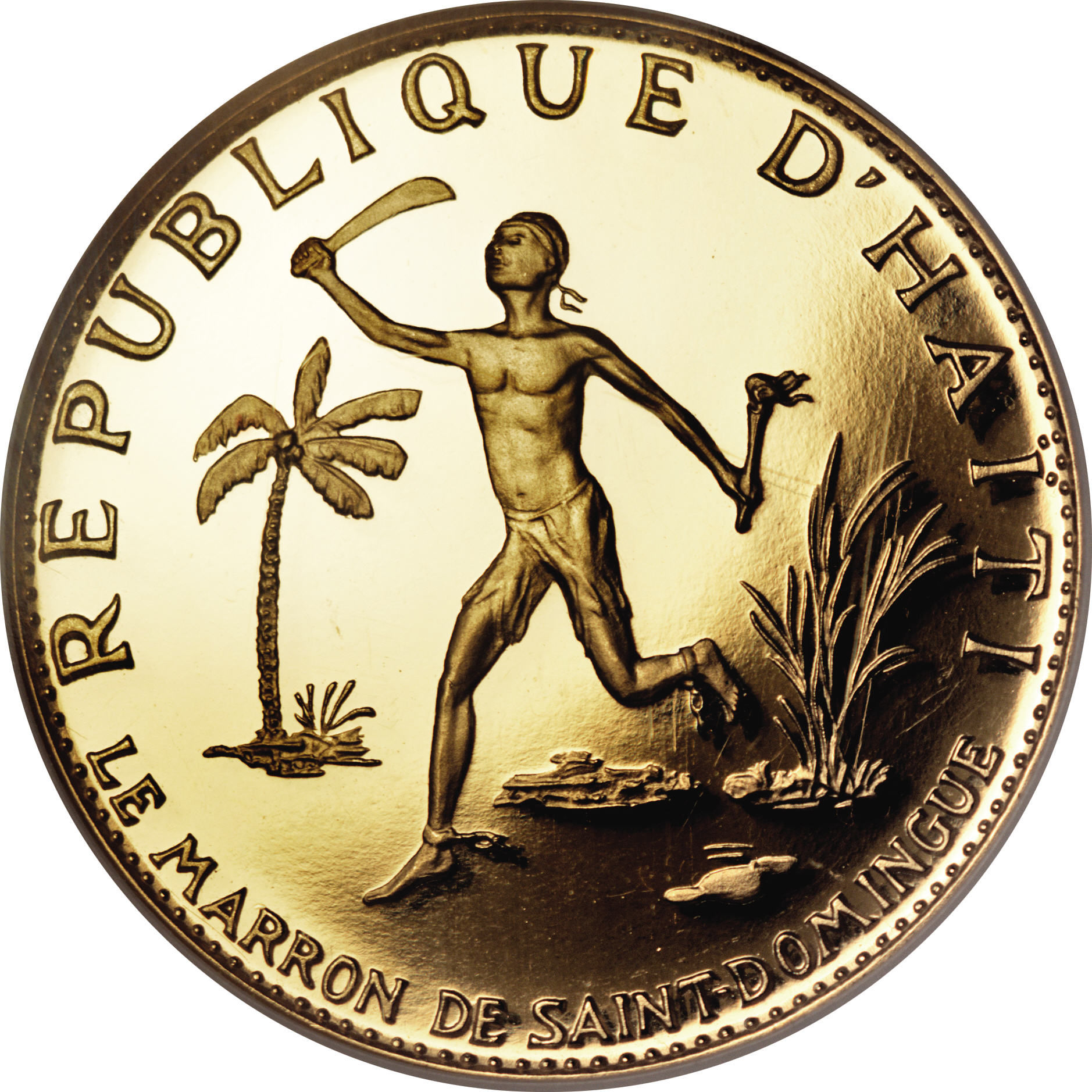 In 1789, French Haiti – St. Domingue at the time – was receiving 40,000 enslaved Afrikans a year, the result of working many to death. Enslaved Afrikans at that time numbered 500,000. There were 30,000 mulattos and about 30,000 whites. The total foreign trade of France was $24 million, of which Haiti alone was responsible for $16 million. This amounted to two-thirds of their foreign trade.

Profit increased when France stipulated that “whatever comes out of Haiti could only be bought in France” and the goods could only be transported by French ships. This is better known as monopoly capitalism.

The French elite acquired most of their wealth from the slave trade. The rich were happy with the slave trade because, in return, it gave them the pride of liberty, justice and the pursuit of happiness – of course, at the price of Afrikan enslavement.

Meanwhile, back on the plantation, some 4,500 miles away in Haiti, the enslaved worked the fields from sun-up to sun-down and for any minor infraction of disrespect towards the master or for working too slow, the enslaved were rewarded by being tied to trees and whipped. After being beaten, fire was applied to their bodies. The enslaved were then washed down with hot water in which pods of red peppers had been soaked. This sort of punishment was repeated until the victim dropped.

One night, a group of enslaved Afrikans met to plan a revolt under the leadership of the Vodou priest Boukman, who called on the ancestors for protection. That very night, they began their struggle for freedom.

There were over 250 insurrections by enslaved people recorded in U.S. history.

Each group murdered their master and burned the plantations to the ground. The white planters refused to take the revolt seriously and within a few weeks, under the leadership of Jean-Francois, George Biassou and Toussaint Louverture, there were over one thousand revolting enslaved Afrikan warriors in different parts of Haiti.

The revolt in Haiti caused the French government to sell to the United States the Louisiana territory. In the history books, this is better known as The Louisiana Purchase. The U.S. paid France $15 million. France was forced to surrender to Haiti one year later in 1804.

The Haitian Revolution ended slavery on the island and won independence for the Haitians. This was the first successful Afrikan revolt in the Western Hemisphere. Haiti’s victory over France solidified the end of slavery in Haiti and presented a challenge to the British and to the U.S.

The challenge was that other enslaved Afrikans might do the same and demand freedom, equality and justice for all Afrikan people. Afrikans always had a tradition of resistance to slavery and to Afrikan colonization. Slave ship mutinies in the Middle Passage from West Afrika are examples; nothing stopped Afrikans from fighting for freedom because we all want liberty, just like all humans desire freedom.

There were over 250 insurrections by enslaved people recorded in U.S. history. In 1800, Gabriel Prosser organized 2,000 or more enslaved Afrikans armed with clubs and swords, six miles outside of Richmond, Va. They began an insurrection, but extremely bad weather prevented them from carrying out their fight for freedom.

We do not have slave catchers anymore, but we do have the police. In the year since the murder of George Floyd, nearly 200 Afrikan Americans have been killed by the police.

In 1811, another revolt was led by Charles Delondes, a creole mulatto overseer, on the Aubry plantation. He organized runaway Afrikans to form a Maroon society in the nearby swamp. They started their revolt on the evening of Jan. 8 by attacking his master Manuel Aubry’s plantation.

Armed with hoes, pikes and axes the group of warriors burned all the plantations in their path as they marched on the coast of Louisiana along the bank of the Mississippi River heading towards New Orleans. They were met by heavily armed plantation owners. They fought but were no match for the owner’s firepower. The revolt was suppressed.

Nat Turner led the most important of all slave insurrections at that time. Born an enslaved Afrikan in Southampton County, Va., he learned to read, despite laws forbidding the teaching of reading to enslaved Afrikans. From childhood, he aspired to free his people from slavery.

In August 1831, Mr. Turner and a small group of freedom fighters killed their slave masters and their families and marched from plantation to plantation recruiting enslaved Afrikans into their group. Mr. Turner’s small group headed towards the county seat to capture its arsenal, but they were overwhelmed by troops mobilized by other slave owners.

Mr. Turner and 19 of his freedom fighters were captured and hanged. The hangman asked Mr. Turner for any last words. His reply, “I didn’t come here to give a speech.” Silence came over the onlookers. It filled the heart of the slave owners with fear and sharpened the struggle against slavery throughout the country.

From “The Confession of Nat Turner,” we learn that Mr. Nat Turner’s body was delivered to Dr. Massenberg, who skinned it and made grease from the flesh. Mr. R.S. Barham’s father owned a money purse made of his skin. His skeleton was for many years in the possession of Dr. Massenberg but has since been lost.

The Emancipation Proclamation issued by President Abraham Lincoln took effect on Jan.1, 1863, and pertained only to the enslaved Afrikans who were in states rebelling against the Union. The overwhelming population of enslaved Afrikans was freed by the 13th Amendment of 1865.

Haitians and their supporters were also protesting the constitutional referendum to be held on June 27, 2021, that is supported and funded by the Biden administration.

What is there to celebrate about the historical past of June 19, 1865 – Juneteenth? Did we get 40 acres and a mule? Well, Gen. Sherman did set aside 400,000 acres for formerly enslaved Afrikans, and his army did loan them some mules. But in the fall of 1865, Andrew Johnson became president after Lincoln’s assassination and overturned Sherman’s order, returning all the land to its former Confederate owners, the slaveholders who had lost the war.

The “winners,” the descendants of enslaved Afrikans, are still waiting on reparations 156 years later.

We live in substandard housing, we attend second class schools, the government raises our taxes and companies freeze our wages. Afrikan American neighborhoods are food deserts; we get the worst medical care with the highest infant mortality rate.

We do not have slave catchers anymore, but we do have the police. In the year since the murder of George Floyd, nearly 200 Afrikan Americans have been killed by the police. They join earlier victims such as Tamir Rice, Oscar Grant, Sandra Bland, Breonna Taylor and too many more who were murdered for such trivial excuses as the following: walking, riding, eating, sitting, driving, sleeping and jogging.

May 18, 2021, Haiti’s Flag Day: There was a large protest in Washington, D.C., and on the island of Haiti against the Jovenel Moïse dictatorship’s fraudulent election. The dictatorship has carried out 11 documented massacres, kidnapping and torturing its citizens in Bel Air, La Saline and Cité Soleil.

Dictator Moïse’s most brutal henchman is named Bar-B-Que by the Haitian people. After he kills them, he chops the bodies up with a machete and “barbeques” them or, even worse, feeds them to the pigs. His birth name is Jimmy Cherizier. After a raid in the city of Bel Air, he came to Cité Soleil and was shot three times and is now in critical condition.

Haitians and their supporters were also protesting the constitutional referendum to be held on June 27, 2021, that is supported and funded by the Biden administration, which consists of:

The progress that has been made by Afrikans has always been because of our resistance, never forgetting the sacrifices our ancestors made and their determination to enjoy freedom. Each generation has worked and sacrificed to meet that goal.

Each of us today must find our way to honor the efforts of our ancestors and combine our efforts with theirs. The immeasurable sacrifices of the past made us who we are today. We must honor them with our own vision of the future. Those who cannot remember the past are condemned to repeat it. Haiti is Bleeding, HELP!

Ustadi Kadiri is a member of the Haiti Action Committee. Contact HAC at www.haitisolidarity.net, by email action.haiti@gmail.com, by phone (510) 483-7481 and at Facebook.com/HaitiActionCommittee.

Published in AfricaWatch, Editorial and Oceania & the Caribbean