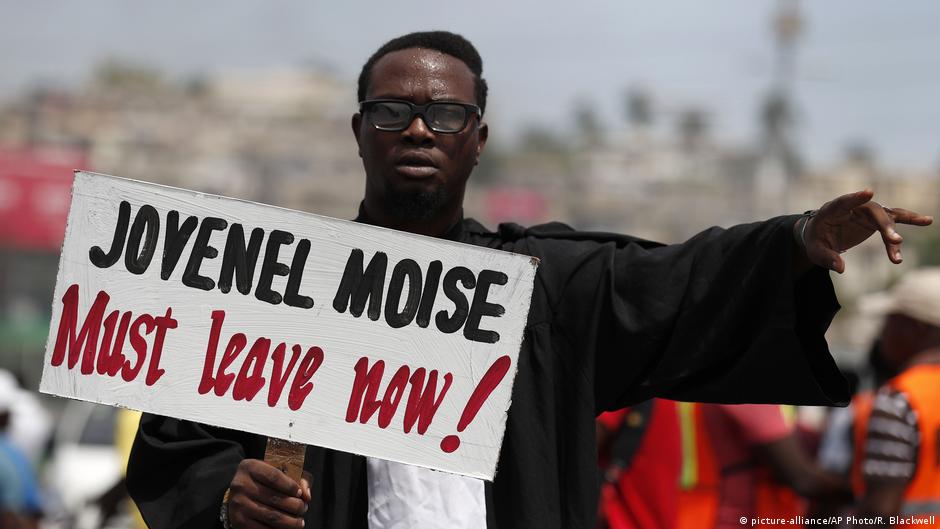 Haiti: Protesters Use Vodou To Get President Moise To Step Down

A group of Haitian protesters have resorted to using Vodou and a battle tactic inspired by the Old Testament to get President Jovenel Moise to step down.

About 20 demonstrators circled Haiti’s national palace seven times around midday Wednesday, a tactic taken from a Bible passage that was used by the Israelites to eliminate their first major obstacle on their path to the Promised Land — the fortified city of Jericho.

In the Bible passage, the Israelites walked around the walls of Jericho once a day for six days and seven times on the seventh day, then shouted, causing the walls to come tumbling down.

Vodou symbols were also drawn using a white substance on a street near the presidential palace. A bundle of firewood was placed to the side and then set on fire, as protesters standing in a circle watched.

“God will strike them down so the Haitian people can breathe freely. COVID-19 has not stricken us down, but we are struggling, nonetheless. We are climbing up a steep hill,” Jean Louis said. “Haiti must be liberated. And to make that happen, the first thing is to get Jovenel Moise out. We won’t back down.”

A spike in kidnappings during the past month has terrorized Haitians and threatens to derail the electoral process. Gangs are currently holding five Catholic priests, two nuns and three relatives of a priest they kidnapped on April 11. The abduction sparked national and international outrage and prompted condemnation from the religious sector.