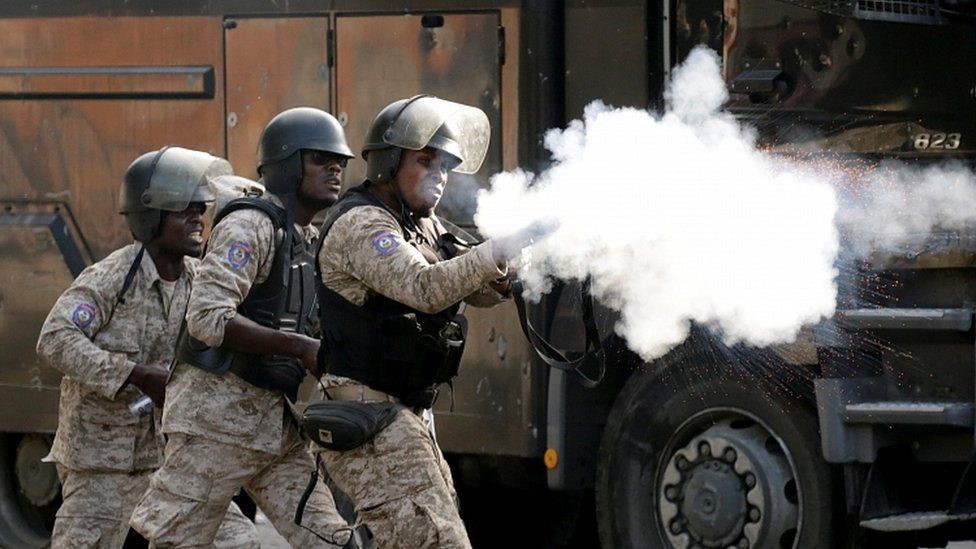 A Catholic Mass led by Haiti’s leading bishops to bring attention to the country’s surging violence amid a rash of killings and kidnappings that have ensnared bus drivers, school children and religious leaders, ended Thursday in tear gas, gunshots and chaos in Port-au-Prince.

The bishops, still dressed in their vestments, were exiting the two-hour service at the Church of St. Peter in Pétion-Villewhen chaos erupted inside, with parishioners running, screaming “tear gas” and “We need help.” While some made members of the congregation made it out, others passed out in the pews, left to be revived by family members and strangers.

“What is happening here is unacceptable,” said André Michel, a leading opposition leader who was among those in the church. “It is proof that the country is being governed by a bunch of delinquents. They don’t respect anything, they don’t respect the lives of people.”

Dubbed the “Mass for the freedom of Haiti,” the service was packed with crowds spilling onto the sidewalk and into the streets.

As the 11 bishops, led by Port-au-Prince Archbishop Max Leroy Mésidor, walked in at noon, church bells and banging could be heard across the capital, including in the nearby mountainside slum of Jalousie.

Inside the church, a crowd of mostly young people welcomed the procession chanting as they ran up and down the aisles saying, “Nou Bouke. Nou Bouke” —“We are fed up. We are fed up,” —and “Aba Jovenel”—Down with Jovenel, referring to Haiti President Jovenel Moïse.

“It was no longer a Mass, it was truly a spontaneous political demonstration against the power, against kidnapping,” Michel told the Miami Herald. “When the Mass ended, the police fired tear gas. I almost died from asphyxiation inside.”