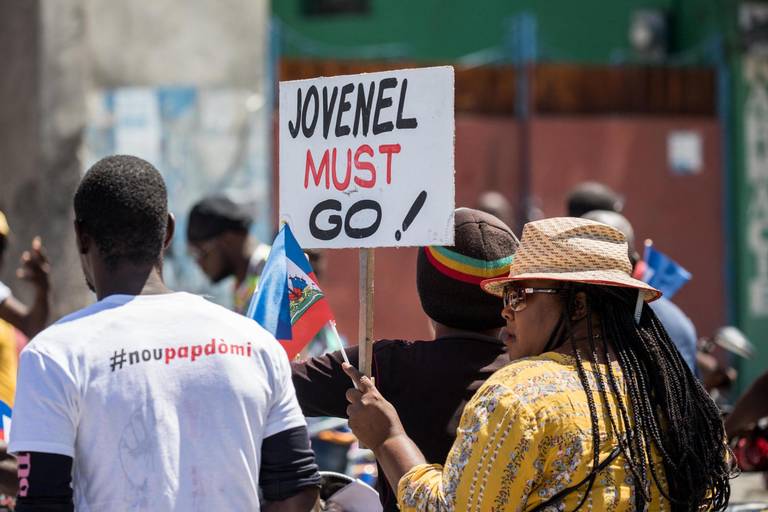 Haiti: Haitians March In Defense Of Constitution As It Turns 34

Thousands of Haitians took to the streets in the capital and multiple cities again Sunday, this time to defend their country’s constitution and reject Haitian President Jovenel Moïse’s proposed referendum to introduce a new magna carta.

With a heavy police presence stationed throughout the protest route in Port-au-Prince, protesters demanded respect for the current constitution and yelled “Down with dictatorship” as militants burned tires and tore down recently mounted billboards promoting the upcoming constitutional referendum scheduled for June 27 ahead of legislative, local and presidential elections scheduled for the fall.

Moïse has unveiled multiple proposed changes in a draft constitution to overhaul the country’s Constitution that, among other things, restructures the government and gives greater powers to the presidency. However, the proposal comes amid growing unrest and distrust of Moïse by many Haitians, and calls from the United States for him to end his rule by decree by holding legislative elections to restore parliament.