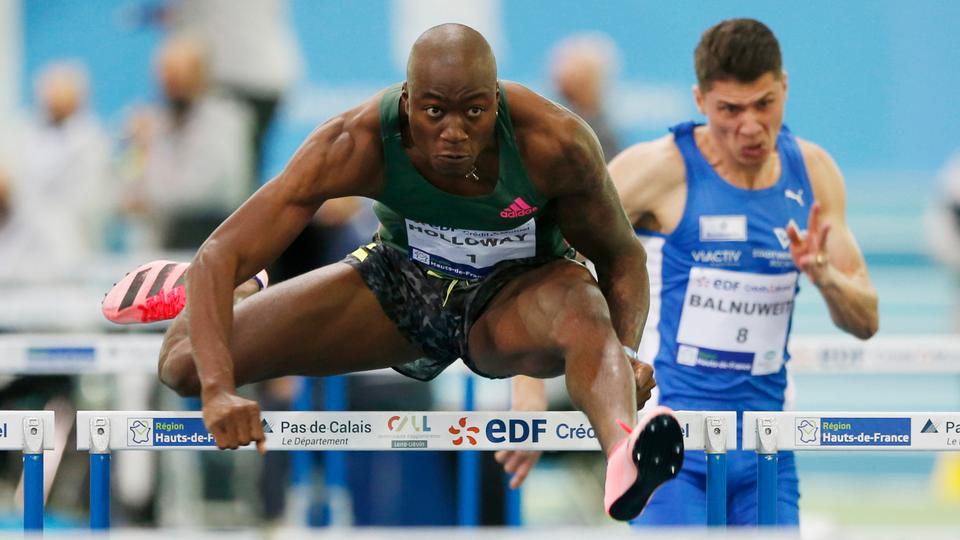 Grant Holloway, the 110m hurdles world champion, set a new best of 7.29 seconds at the World Indoor Tour meeting in Madrid to shave 0.01 seconds off the previous mark set by Jackson in 1994.

Holloway’s initial time was recorded as 7.32. About a minute later, the official time came in as 7.29, “world record” was flashed on a stadium scoreboard with excited Holloway posing with the sign “World Record”

“I wouldn’t say it was a perfect race, but I tied my PR in the heat, and that usually means I run faster in the final,” Holloway stated.

Earlier this year, Holloway scared the 60m world record with a pair of 7.32s (including one in Wednesday’s heats) and a 7.35.

“The world record outdoors is definitely in my sights, but I want to let all this soak in first, then my priority is win the Olympic Trials and then the Olympic gold medal,” Holloway said, according to World Athletics.

But the Virginia native wanted to be an Olympian, so he went to SEC rival Florida on a track scholarship. He turned pro after his junior year in 2019, having swept the NCAA 60m and 110m hurdles all three seasons and broken Renaldo Nehemiah‘s 40-year-old collegiate record.

“American football is very unforgiving on the body,” Holloway said. “Do you want to walk at 30? Or be in a wheelchair at 35?”