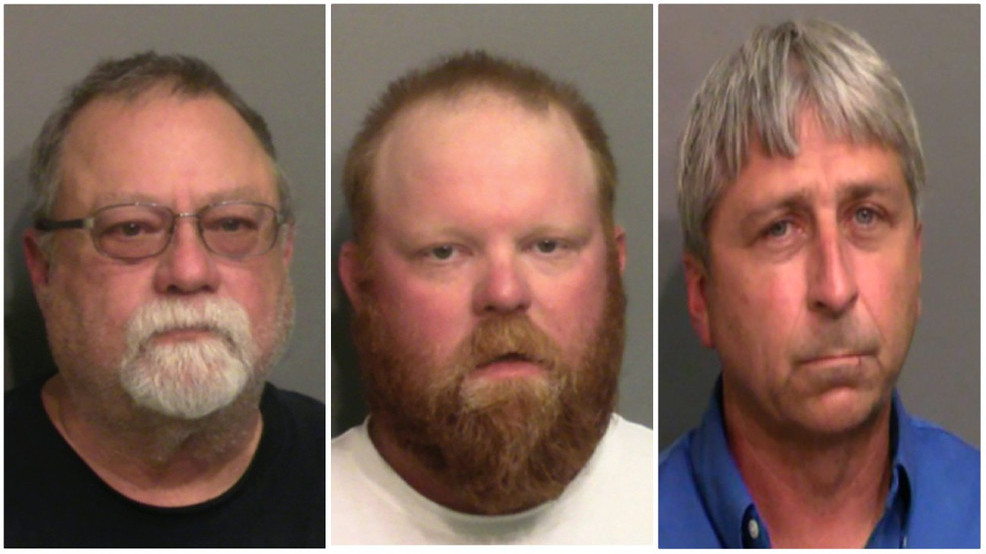 Three white men have been indicted on murder charges in the killing of Ahmaud Arbery. Months back, we had reported how an unarmed black man, Ahmaud Arbery was fatally shot while running in a neighborhood near Georgia’s coast.

The announcement was made on Wednesday by Prosecutor Joyette Holmes, saying that a grand jury has indicted Travis McMichael, Greg McMichael and William “Roddie” Bryan Jr. on charges including malice and felony murder in Arbery’s death.

Arbery’s death has often been invoked during protests against racial injustice that have broken out across the nation since George Floyd’s death last month under a white Minneapolis police officer’s knee. Arbery’s death also fueled a renewed push for a state hate crimes law in Georgia, which state lawmakers passed on Tuesday.

According to a report by AP, Arbery was slain Feb. 23 when the Greg and Travis McMichael, a father and son, armed themselves and pursued the 25-year-old Black man running in their neighborhood. Greg McMichael told police he suspected Arbery was a burglar and that Arbery attacked his son before being shot. Arbery’s family has said he was out for a jog.

Bryan lives in the same subdivision, just outside the port city of Brunswick. Bryan said he saw the McMichaels driving by and joined the chase, a Georgia Bureau of Investigation agent Richard Dial testified earlier this month at a probable cause hearing.

It wasn’t until May 7 — two days after Bryan’s cellphone video leaked online and stirred a national outcry — that the McMichaels were arrested. Bryan was arrested on May 22, and an arrest warrant said he tried “to confine and detain” Arbery without legal authority by “utilizing his vehicle on multiple occasions” before Arbery was shot.

Bryan told investigators that Travis McMichael cursed and said a racist slur as he stood over Arbery, moments after he fatally shot him, Dial testified.

The Georgia Bureau of Investigation took over the case after the video surfaced. The state attorney general appointed Holmes, who’s the district attorney in Cobb County near Atlanta, to prosecute after the local district attorney recused herself because Greg McMichael had worked for her — and two other outside prosecutors also stepped aside.

In addition to malice murder and felony murder charges, the McMichaels and Bryan each are charged with two counts of aggravated assault and one count each of false imprisonment and criminal attempt to commit false imprisonment.

Under Georgia law, a felony murder charge means that a death occurred during the commission of an underlying felony and doesn’t require intent to kill. Malice murder requires “malice aforethought, either express or implied.” Any murder conviction in Georgia carries a minimum sentence of life in prison, either with or without the possibility of parole.

Court functions in Georgia have been severely limited in recent months because of a statewide judicial emergency declared by the chief justice of the state Supreme Court in response to the coronavirus pandemic. Holmes said they were able to call in a grand jury that had been impaneled prior to the judicial emergency.

Attorneys for Arbery’s mother and father issued statements applauding the indictment and stressing their desire to see the three men convicted and sentenced for his death.

Bob Rubin, a lawyer for Travis McMichael, 34, said in an email that prosecutors choose the facts they want to present to a grand jury when seeking an indictment. The defense team has found other facts “that are an integral part of the case,” he wrote.

“To this indictment, Travis McMichael will plead not guilty, and we look forward to presenting all of the facts regarding this tragic death in a court of law,” Rubin wrote.

Attorney Kevin Gough, who represents Bryan, 50, spoke to reporters at the county courthouse right after Holmes announced the indictment.

“We welcome the action of the grand jury today,’ Gough said. “While we disagree with it, it’s an important step in the process to moving this case closer to the speedy trial that Roddie has demanded.”

He said his client has committed no crime and has cooperated with law enforcement officers from the beginning.