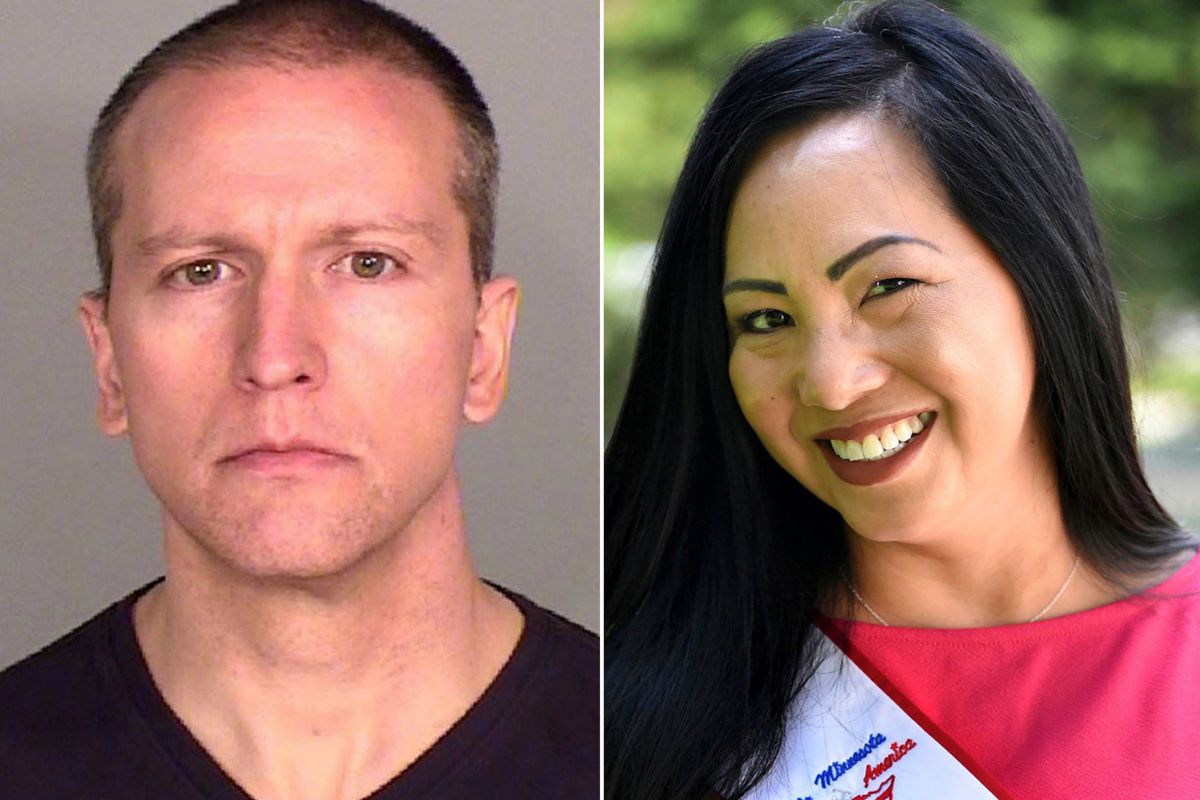 The former cop and his wife are charged in Washington County in the U.S. for failing to report income from various jobs, and allegedly owe nearly $38,000 (£30,000) to Minnesota state.

The officer was captured on camera pressing his knee sadistically on cuffed Mr Floyd’s neck for almost nine minutes before he died in May.

His wife had since filed for divorce. He and three other officers who were at the scene were fired. Chauvin is in custody on the charges in the Floyd case.

Washington County lawyer Pete Orput said the investigation into the Chauvins was started in June by the Minnesota department of revenue and Oakdale police department.

“When you fail to fulfill the basic obligation to file and pay taxes, you are taking money from the pockets of citizens of Minnesota,” Washington County Attorney Pete Orput said in a statement. “Our office has and will continue to file these charges when presented. Whether you are a prosecutor or police officer, or you are a doctor or a realtor, no one is above the law.”

In addition to Derek Chauvin’s earnings from the Minneapolis Police Department, he worked since 2014 as an off-duty security guard at four businesses, the complaint said.

“D. Chauvin earned approximately $95,920.00 between January 2014 and December 2019 from El Nuevo Rodeo that the Chauvins did not report as income,” according to the complaint.

The couple allegedly purchased a 2018 BMW X5 in January 2018 for more than $100,000 and registered it under their address in Florida, where they allegedly avoided paying more than $5,000 in sales tax.

They are accused of underreporting their joint income by $464,433 from 2014 to 2019. This includes money Chauvin made doing off-duty security work and weekend shifts at a restaurant.

Prosecutor Imran Ali told the Associated Press news agency that the amount of unpaid taxes could increase as investigations continue.