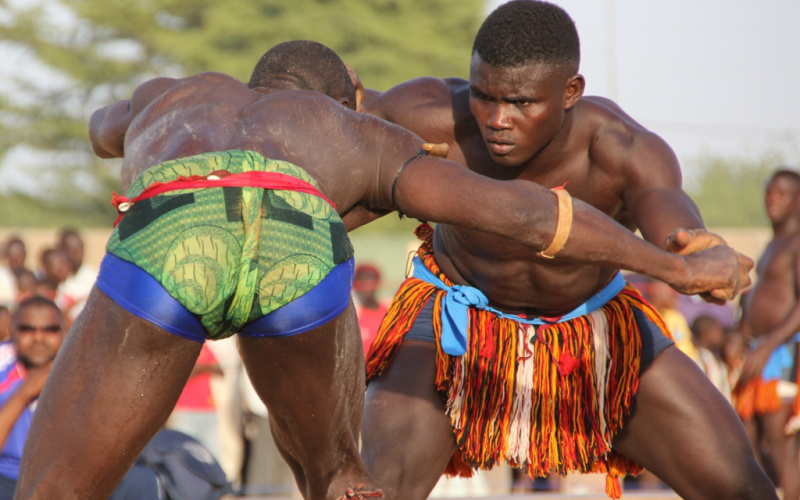 The Gambia Wrestling Association (GWA) on Thursday 1st April, 2021 concluded a two days training to promote the role of traditional sports and cultural enterprises for post Covid-19 economic recovery of local communities. The training was held at the Chinese Hall in Basse, Upper River Region.

Speaking during the opening of the training, Samba Bah, governor of URR, thanked GWA for selecting his region for the training, noting that wrestling used to be the number one sports in the country. He added that it was allowed to die due to lack of support and good structure.

Governor Bah assured the association of his office’s support in their quest to glorifying the hey days of the traditional sports in the country.

Chairman Basse of Area Council, Foday Danjo, in deputizing for the president of The Gambia Association of Local Government Authorities (GALGA), said they are working very closely with the Wrestling Association on the implementation of and promotion of traditional sports and cultural enterprises project.

He advised participants to take the training seriously and transmit the knowledge gained back to their respective communities in order to revive the country’s oldest sport (wrestling).

Alhagie Abdoulie Bojang, desk officer for Wrestling at the National Sports Council, described the event as a milestone in the history of the country’s sport.

“I am very happy and emotional today. I can now confidently say that wrestling is on the right path because this is the first time such a training is being conducted,” he said.

Sering Modou Faye, President of The Gambia Wrestling Association (GWA), stated that his executive was pleased to be associated with GALGA, GCCI and NCAC on such a project, noting that he would make sure the promotion of traditional sports and culture project is fully implemented.

“I thank the European Union (EU) and Chris Addy-Nayo for their support to GWA and Gambian wrestling in general,” he added.

Muhammed Sagne of GCCI also expressed his organisation’s gratitude to be part of the project. According to him, the project would directly impact the lives and livelihood of local people.