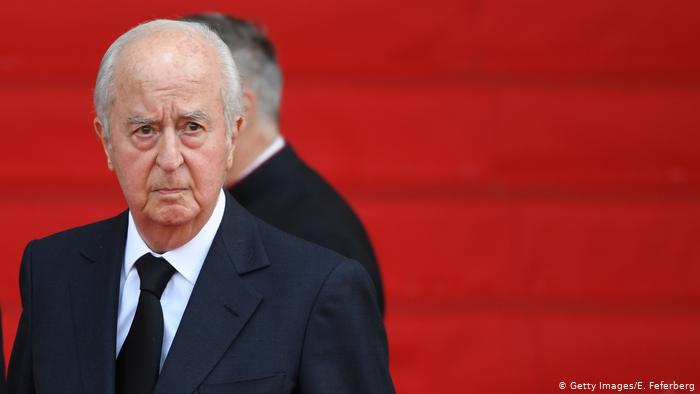 Former French Prime Minister Edouard Balladur, in an exclusive interview with France 24 and RFI, rejected strongly the recent findings of a historical commission investigating France’s role in the 1994 Rwandan genocide, according to which Paris bears “heavy and overwhelming responsibilities” in the chain of events that led to the slaughter of ethnic Tutsis.

Balladur said on Wednesday that in 1994 France avoided becoming an “acolyte” of the Rwandan Hutu genocidal government by preventing a French military operation in Kigali, which he said was called for by the entourage of Socialist President François Mitterrand.

In the spring of 1994, when the Tutsi genocide was underway in Rwanda, “all those who advocated an intervention by the French army were in fact in favour of the Hutu government”, and wanted to support it against the Tutsi rebels of the RPF (Rwandan Patriotic Front), Balladur said.

“I was extremely hostile to this solution because it would have taken on the appearance of a colonial expedition” and “it would have made us acolytes of this beginning of genocide,” the former right-wing prime minister, who had been governing for a year in “cohabitation” with the socialist president François Mitterrand, asserted.

“I have taken a perfectly clear position: not to intervene between the two parties and to prohibit a whole series of operations proposed on Kigali under humanitarian pretexts.

“By preventing our army” from intervening in support of the genocidal Hutu government, “I guaranteed it against the risk of being accused of having facilitated the genocide”, insisted Mr Balladur.

The French were allies of the Hutu government under Habyarimana. They had sent a special force to evacuate their citizens and set up safe zones. Although they witnessed the horror all around them, to this day, they are accused of having done very little to stop the killing.

Speaking on President Mitterrand, who was severely criticised in the Duclert report, which concluded last month that France had “heavy and damning responsibilities” in the genocide in Rwanda, Balladur said:

“The president and I talked about Rwanda very regularly. I felt he was very hesitant, so much so that he never followed up on proposals from a number of members of his entourage who wanted France to come to the aid of the Hutu government,” Balladur said.

The former prime minister also said he had “put an end to arms supplies” to Rwanda as soon as he took office in March 1993.

“I don’t claim that everything we did was well done in good time,” Balladur added, reiterating that France had been the “only” country to act in Rwanda, and saying he had “great admiration” for the French army’s mission under Operation Turquoise.

Asked who was responsible for the 6 April attack on the plane of Hutu president Juvénal Habyarimana, which triggered the genocide, Mr Balladur replied: “I don’t know. Long blamed by politicians and the French justice system on the RPF of Paul Kagame, Rwanda’s current president, the issue has poisoned relations between Paris and Kigali for more than 25 years.

The historical commission set up by President Emmanuel Macron ruled last month that France reacted too slowly in appreciating the extent of the horror that left over 800,000 dead. However, it was cleared of complicity in the genocide by the commission.

Meanwhile, Rwanda said they had set up an investigation team as well and would publish their report on the role France played in the slaughter.