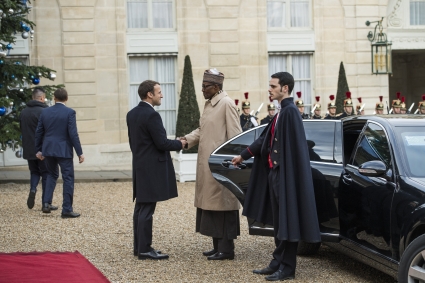 The summit to revive African economies from the adverse effect of the pandemic is scheduled for Tuesday in Paris..

More than a dozen African countries are sending their heads of state to the event, including Nigeria, Congo and Ethiopia.

Macron’s office announced that officials from the African Union and the European Union are also planning to attend, and other world leaders are expected to join virtually.

The meeting has been touted by some observers as attempting to create a “new deal” for African economies.

Some, though, are questioning what role should be played by France, a former colonizer on the continent.

France maintains deep investments in many West and Central African economies more than 60 years after independence.

He claims that France is looking to retain its control of African economies, and that handing out loans plays an important part in maintaining that role.

Diagne believes that African nations would be better served by going to international bodies for funds rather than accepting the loan conditions that have historically been used by France.

The terms favour French companies, he says, undermining the development of the country’s own private sector.

Some French companies have found their properties under attack amid social unrest in its former colonies over the past year.

As reported by Reuters, Macron on Monday said he wanted to fully cancel the $5 billion Sudan owes it.