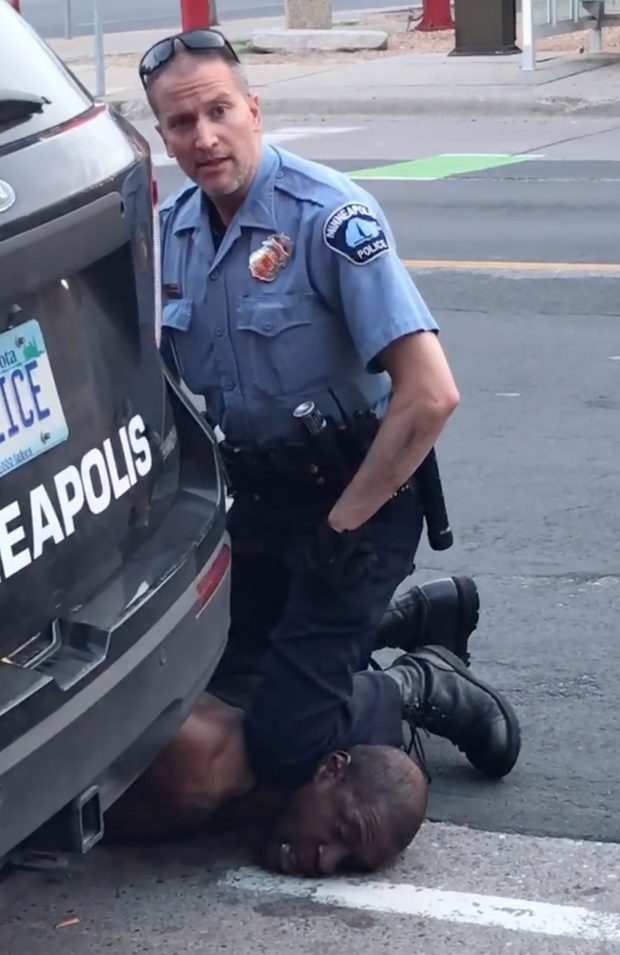 Minneapolis Mayor, Jacob Frey has confirmed the sack of four cops involved in the arrest of George Floyd before he died on Monday.

“Four responding MPD officers involved in the death of George Floyd have been terminated,” Frey wrote. “This is the right call.”

The tragedy of Floyd’s death has raised the question, why a black person’s life is not regarded in the US.
Floyd, who is black, was seen on viral video being pinned down by Minneapolis police, yelling, “I cannot breathe” before he died.

A white police officer seen with his knee on Floyd’s neck was identified Tuesday as Derek Chauvin, according to the Minneapolis Star Tribune.

The FBI and Minnesota state authorities are investigating the incident.

“Being black in America should not be a death sentence,” Frey said in an earlier tweet. “For five minutes, we watched a white officer press his knee into a black man’s neck. Five minutes.”

“This officer failed in the most basic, human sense.”

Chauvin joined the Minneapolis police force in 2001 and has been involved in at least three other violent deaths, the Daily Beast reported.

In 2011 Chauvin was one of five cops placed on leave after officers shot and wounded a Native American man during a call, the outlet said, citing a database maintained by Communities United Against Police Brutality.

In 2008 he shot and wounded another man he claimed reached for a cop’s gun during a domestic violence call.

In 2006 he was involved in a fatal shooting of a man who stabbed two people and turned on police.

In a Facebook post Tuesday CUAPB identified another of the officers involved in Floyd’s death as Tou Thao.

“The MPD has an appalling record of killing people of color and covering it up,” the group said in a statement. “This time, though, witnesses and video will make it a lot harder.”

“It’s clear this was an outright murder.”

“The lack of humanity in this disturbing video is sickening,” Walz wrote. “We will get answers and seek justice.”