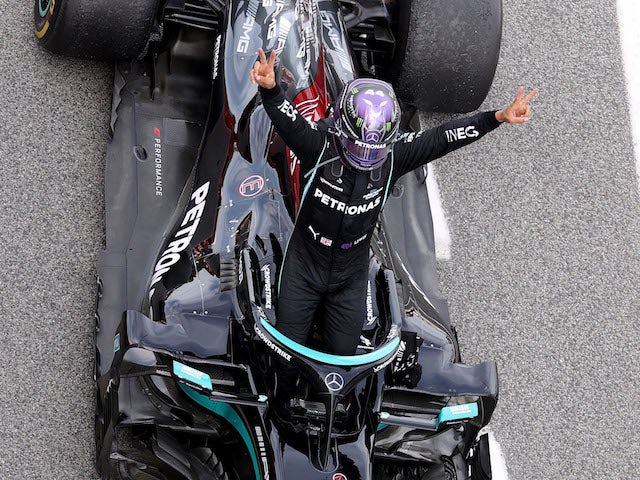 Lewis Hamilton’s fifth consecutive Spanish Grand Prix victory has him tying an all-time Formula 1 record that had been held by Ayrton Senna.

Last year, when he won the Spanish Grand Prix at Circuit de Barcelona-Catalunya, Lewis Hamilton secured the 10th streak of at least four consecutive victories in the same Formula 1 race.

Yesterday, Hamilton overcame Red Bull’s resilient Max Verstappen – who took the lead in the first turn on the opening lap – to win the Spanish Grand Prix.

As a result, Hamilton, now a 98-time race winner and a six-time Spanish Grand Prix winner, has won the Spanish Grand Prix in five consecutive seasons. The only driver who had ever managed to win the same race in five straight seasons is Ayrton Senna, who won the Monaco Grand Prix at Circuit de Monaco every year from 1989 to 1993.

Should Circuit de Barcelona-Catalunya return to the schedule for a 32nd consecutive season in 2022, and should Hamilton re-sign with Mercedes for a 10th season next year, he would have a shot to break that record and become the first driver to ever win the same race in six straight seasons.

The next race on the 2021 Formula 1 calendar is the Monaco Grand Prix, which Hamilton has won three times.

SOURCE: Beyond The Flag | PHOTO: Reuters